WASHINGTON, D.C.: The Indian government has failed to issue visas to the U.S. Commission on International Religious Freedom (USCIRF) in time for a long planned trip to India, a statement by USCIRF reads. The goal of the Commission’s trip was said to be to discuss and assess religious freedom conditions in Indian subcontinent.

“We are deeply disappointed by the Indian government’s denial, in effect, of these visas. As a pluralistic, non-sectarian, and democratic state, and a close partner of the United States, India should have the confidence to allow our visit. USCIRF has been able to travel to many countries, including those that are among the worst offenders of religious freedom, including Pakistan, Saudi Arabia, Vietnam, China, and Burma. One would expect that the Indian government would allow for more transparency than have these nations, and would welcome the opportunity to convey its views directly to USCIRF,” said Robert P. George, Chairman of USCIRF. 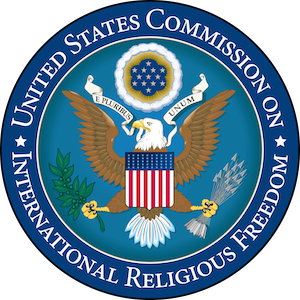 The USCIRF delegation was scheduled to leave on March 4 and had the support of the State Department and the U.S. Embassy in New Delhi. USCIRF’s principal responsibilities include reviewing, through the lens of international human rights law, the facts and circumstances of violations of religious freedom internationally and making policy recommendations to the President, Secretary of State, and Congress. USCIRF is an independent, bipartisan U.S. federal government commission with commissioners appointed by the President and the leaders in both Houses of Congress.

“USCIRF will continue to pursue a visit to India, given the ongoing reports from religious communities, civil society groups, and NGOs that the conditions for religious freedom in India have been deteriorating since 2014,” said Chairman George.