Amritsar/ Fatehgarh Sahib: In a written statement issued on May 02, the Shiromani Akali Dal Amritsar (Mann) sought apology from Bhai Gurdeep Singh Khaira for party’s failure to visit him in Gulberga jail Karnataka during past two decades.

SAD Mann said in this statement that some leaders of SAD Mann had visited Bhai Gurdeep Singh Khera, who was recently released on 21 days parole. During this visit Bhai Gurdeep Singh complained that even the Mann Dal leaders did not inquire about his well-being during more than 25 years of imprisonment in Karnataka. 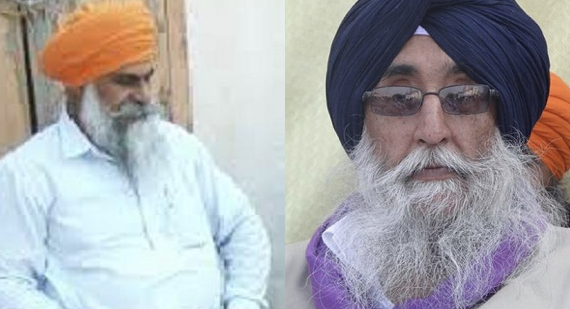 S. Simranjeet Singh Mann, president of SAD Mann, said that Bhai Gurdeep Singh Khera’s complaint was correct and it was a mistake on the part of his party for not visiting him at Gulberga jail in Karnataka. He said that his party is apologetic for this mistake and they would take due care in future.

It is notable that Bhai Gurdeep Singh Khera is a Sikh political prisoner. He was arrested on December 6, 1990 and has spent more than 25 years in prison. He was never released from jail since the date of his arrest, until today. This is first release of Bhai Gurdeep Singh in last 25 years.

He remained confined in prisons far away from his home state Punjab for 24 years and he was transferred to Amritsar jail in June 2015.