Surprisingly, the so-called apology letter of Gurmeet Ram Rahim was not on Dera Sirsa’s letter head. It was typed in Punjabi and name of Sauda Sadh and dera sauda Sirsa were written on it’s under pen afterwards. In this letter Gurmeet Ram Rahim said that he did nothing wrong. He did not admitted to his guilt or submitted remorse or apology.

On the other-hand Sikh jathedars issued a formal document announcing their pardon to dera sauda chief. Following is the copy of “Gurmata” (as the term is used in the document) passed by Sikh Jathedars in their secretly held meting at Amritsar on September 24, 2015: 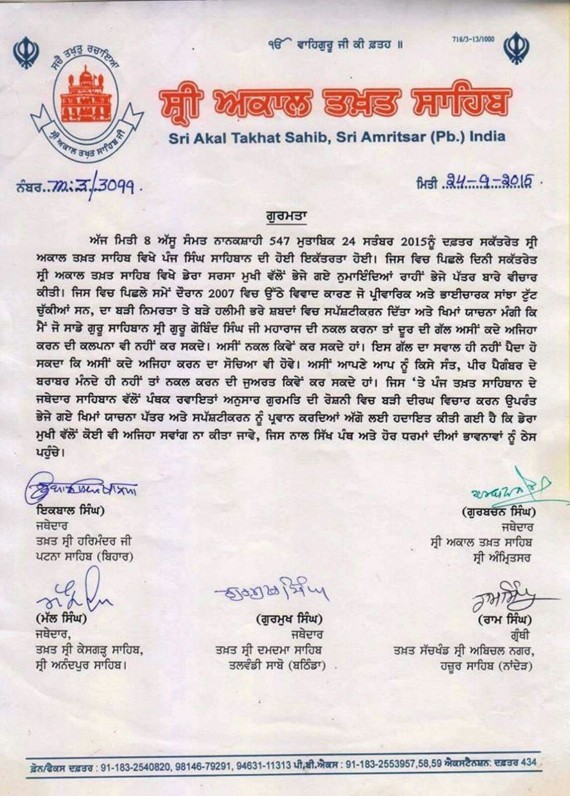 A copy of “Gurmata” (as the term is used in the document) passed by Sikh Jathedars on September 14, 2015.