Police crackdown on Sikh activists in Punjab; Dozens arrested, others on the run

Ludhiana: After releasing Bapu Surat Singh from Dayanand Medical College and Hospital Ludhiana, the Punjab Police yesterday launched a massive crackdown on Sikh activists in Punjab. Dozens of leaders of organisations were arrested by the police in late night raids. Many others who were able to escape the arrest last night have gone underground to avoid harassment. 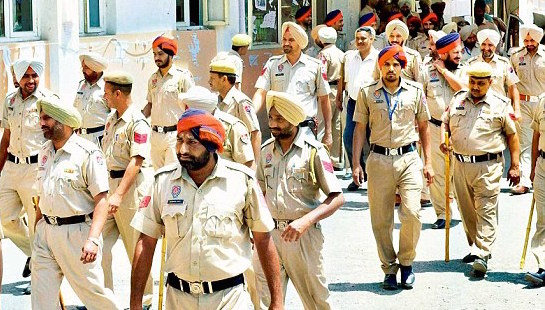 As per information available with the Sikh Siyasat News (SSN) police raids were conducted at various places in Punjab to arrest leaders of Sikh organisations.

The police also conducted raids at house and office of Jaspal Singh Heiran, editor of Rozana Pehredar, a Punjabi vernacular published from Ludhaina.

Bandi Singhs Rihai Sangharsh Committee leader Jasvir Singh Khandur, who was recently released from jail, was able to avoid his re-arrest when the police raided his house last night. He was earlier arrested on intervening night of July 18 and 19.

Sikh activists have termed the police crackdown as an effort of the state government to forcibly crush the move for release of Sikh political prisoners.