There are 1.98 crore voters in the state. With the youth (18-39 years) comprising more than 50 per cent of the electorate, their votes will be crucial for any party to win. 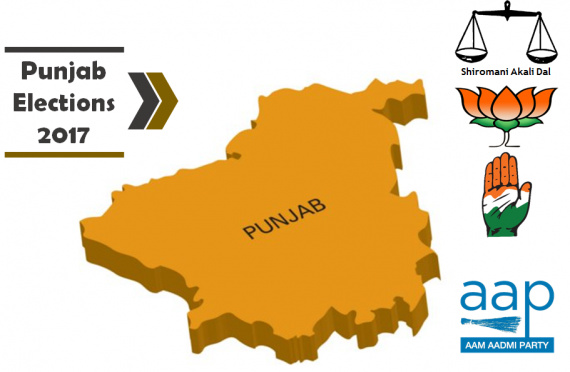 In the contest are 1,145 candidates, including 81 women and a transgender. Among the key candidates are CM Parkash Singh Badal, the oldest contestant, and Devinder Singh Ghubaya, the youngest; PPCC chief Capt Amarinder Singh, Deputy CM Sukhbir Singh Badal, his estranged cousin Manpreet Singh Badal, former cricketer Navjot Singh Sidhu and Sangrur MP Bhagwant Mann. One lakh jawans from Punjab Police and paramilitary forces have been deployed to ensure free and fair polls. While 83 seats are in the general category, 34 are reserved.

Vote will be counted on 11 March.