New York, NY (June 12, 2016 – Press Release): In the wake of the violent tragedy that took at least 50 innocent lives in Orlando during the early hours of this morning, the Sikh Coalition recognizes that America is in mourning as authorities investigate and respond to this heinous act of violence.

“This is the deadliest mass shooting in U.S. history,” said Sikh Coalition Executive Director, Sapreet Kaur. “We stand in solidarity with the LGBTQ community, and our thoughts and prayers are with the victims and their families in the wake of this unspeakable act of violence.” 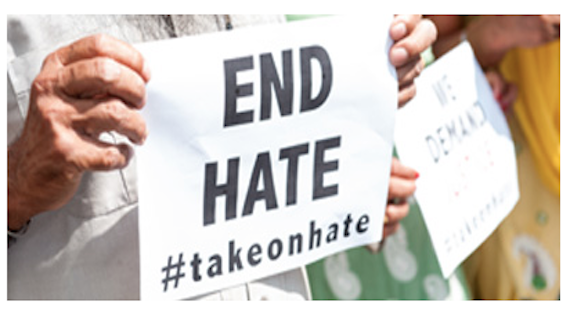 In the aftermath of such events, minority religious communities are acutely vulnerable to backlash, and we urge every Sikh to exercise extra vigilance and caution during this period of heightened anxiety. Please notify law enforcement of any threats of violence and contact the Sikh Coalition at 212-655-3095 or online here. …

In December and January, the Sikh Coalition sent letters to law enforcement agencies and school superintendents in all 50 states asking them to remain vigilant in protecting the rights of Sikh Americans. In February, we launched www.ReportHate.org to further ensure that all cases of backlash and bias are reported by Sikhs across the United States.

We urge community members to review our FAQ guide on hate crimes, hate speech and on how to report incidents to authorities and the Sikh Coalition. Please also view our printable hate crime poster, which is available in both English and Punjabi.