New Delhi:  The former RSS activist and Bihar Governor Ramnath Kovind backed by the pro-Hindutva NDA and former Lok Sabha speaker Meira Kumar  supported by UPA bloc will face off each other in the election to pick India’s 14th president. 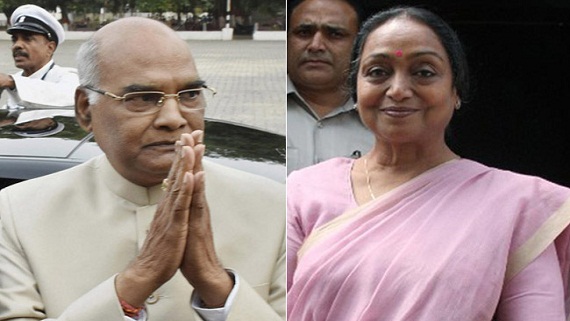 It is reported by the media that the process of voting shall begin by 10 AM in the morning here today. The election by many is being dubbed as a battle of two different ideologies but with similar agenda.

Ms Kumar’s candidature was announced by the Opposition only after the ruling NDA had named its candidate; Prime Minister Narendra Modi’s choice of a Dalit candidate was claimed by many as a masterstroke to divide the opposition and keep allies together. Nitish Kumar’s Janata Dal United broke ranks with the opposition to announce support for Mr Ramnath Kovind and BJP’s fractious ally Shiv Sena found itself outmanoeuvred. In this election, the numbers are stacked against the opposition. The BJP and allies have well over 60 per cent of the vote, notes NDTV.