Chandigarh: As per the media reports a puny leader of pro-hindutva BJP Gajraj Jatav has on Thursday  announced a Rs 10 lakh reward  for anyone who cuts the tongue of pro-freedom leader Mirwaiz Umar Farooq, who hailed Pakistan’s victory over India in the Champions Trophy final. 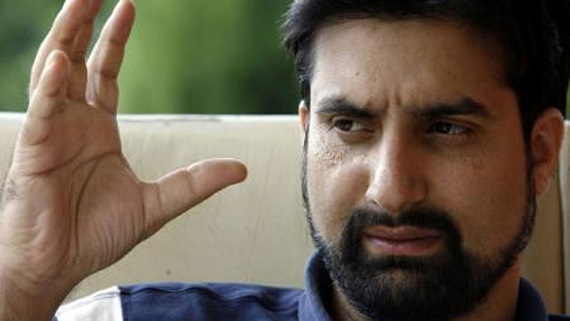 “If he (Mirwaiz) is so fond of Pakistan, then he along with his family should shift to Pakistan. I announce a reward of Rs 10 lakh to anyone, who severs the tongue of Mirwaiz for celebrating Pakistan’s victory over India,” said BJP leader Gajrat Jatav while interacting with the media.

After Pakistan won the match on Sunday, Mirwaiz Farooq had congratulated the team, earlier a pro hindutva player of India cricket team Gautam Gambhir infuriated by his message (tweet) suggested him to leave for Pakistan.

Furthermore, Gajraj Jatav said “The act of Mirwaiz has hurt my feelings. He should remember that those Muslims who went to Pakistan after Independence are being treated as second-grade citizens.”

“They should remember that they are surviving on Indian ‘rotis’ and their remains would be buried in this country’s soil only. Despite that, they are praising Pakistan and trying to lead their community members’ astray,” he further added to his statement.

Although he is a small time member of the hindutva outfit with no party position to its name, It is said that  his wife Sanju Jatav, is the chairperson of the Janpad panchayat, reports the Indian Express (IE).