Chennai: The Rashtriya Swayamsevak Sangh (RSS), which found itself stifled and choked under the previous regime of late Tamil Nadu chief minister J Jayalalithaa, is breathing easier in the state today. RSS media coordinator for the state N Sadagoppan said the organisation found it easier to conduct marches and demonstrations and all because of  new Tamil Nadu CM O Panneerselvam. 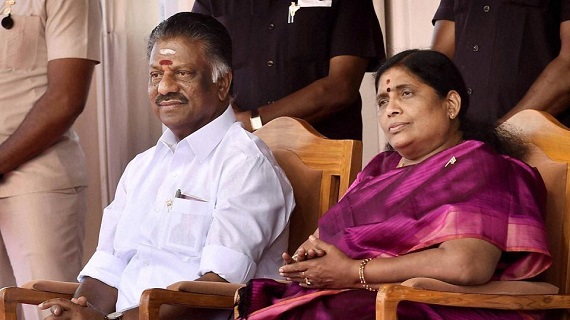 It was under the chief ministership of Jayalalitha that the RSS even after securing the permission by the Madras High Court use to find it difficult to hold a march, the government would go and get a stay on it. But today, things are a bit different,” he said, while speaking to Hindustan Times (HT) and  augmenting that “We are happy with the OPS government.”

The RSS functionary’s admission came a day after about 1,000 swayamsevaks marched from Egmore to Chintadripet to commemorate the birth anniversaries of Saint Ramanuja, Guru Gobind Singh Ji, BR Ambedkar and Subhas Chandra Bose.

Furthermore Sadagoppan stated that, “When the DMK was in power, even if police denied permission, it was possible to get permission by meeting the then CM Karunanidhi or some senior ministers. But it was difficult when Jayalalithaa was at the helm of affairs.”

It was in October last year that the Madras High Court granted permission to the RSS to hold its march, subject to certain conditions. “It had to be postponed for some reason,” Sadagoppan said.

Buoyed by the participation and response to the march, the RSS will go ahead with more of its activities that include training activists in current issues, ideological lectures, physical exercises and interacting with villagers among others.