North American human rights group have given a call to Canadian Sikhs to oppose the visit of AAP leader Sucha Singh Chhotepur’s for his derogatory remarks against Shaheed Sant Jarnail Singh Bhindranwale.

Chhotepur will be leading a delegation of AAP leaders from Punjab to woo NRIs in Canada and seek funds for the upcoming 2017 elections.

“Sikhs For Justice” (SFJ) declared that “Chhotepur” will not be allowed to address public meetings in Canada because he termed Shaheed Sant Bhindranwale “Chambal Da Daku” and called erstwhile Taksal Chief Congress agent.

Declaring to oppose AAP leader, SFJ will be lodging a formal complaint with PM Harper against the Political leaders from Punjab irrespective of their party affiliations, who are visiting Canada too woo Sikh community and to raise funds. The politicians are collecting hundreds and thousands of dollars from the Sikh community and without reporting to the government of Canada are transferring these funds using “Hawala”. 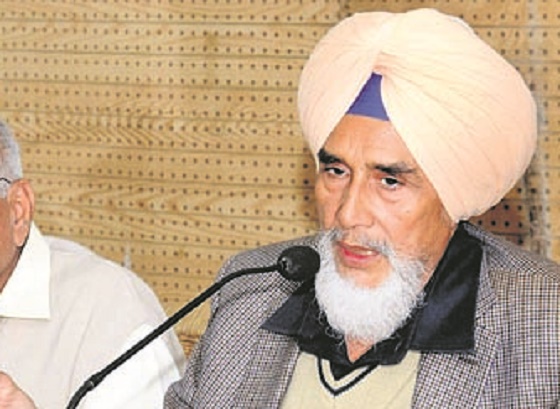 Since “Chhotepur” have opposed the ideology of Sant Bhindrawale but the majority of the Sikh community in Canada is following the independence struggle started by Sant, SFJ legal advisor Gurpatwant Singh Pannun stated “AAP leader will not be allowed to address public gatherings”.

“Chhotepur is always against the Sikhs struggle for independence and have used political forums to gain political mileage only”, added attorney Pannun.

In July, Punjab Minister for NRI and SAD (Badal) leader Tota Singh was not allowed to address a gathering in Toronto.

SFJ have also filed human rights violation cases in US and Canada against the leaders belonging to Congress and SAD (Badal).