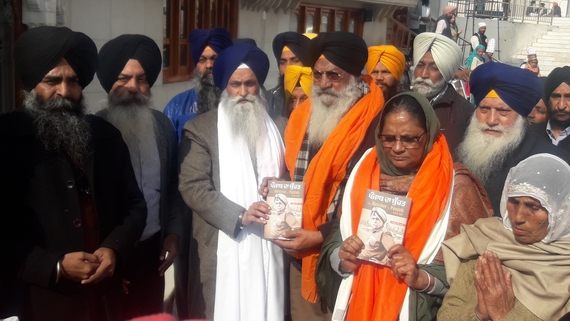 Giani Jagtar Singh released the book in a simple ceremony by presenting the copies of the book to family members of victims who were killed in fake encounters or otherwise eliminated after subjecting them to enforced disappearances during KPS Gill’s tenure as police chief in Punjab.