Chandigarh: After many leaders of Shiromani Akali Dal (Badal), especially those who were denied party ticket for upcoming assembly polls, joined the Congress party, the Shiroamani Akali Dal (Badal) leader Dr. Daljit Cheema today issued a statement maintaining that such leaders would desert Capt. Amarinder too.

“Being on week wicket, Punjab Congress president Amarinder Singh continues to be on poaching spree to strengthen and enhance his poll prospects which seems totally bleak at this juncture” said Daljit Cheema.

“Apprehending that the elected members may desert him after the polls, Amarinder is trying to field his henchmen as party nominees especially his recent pick-ups from other parties notwithstanding resistance from old guards in the party”, he said in a written statement issued today. 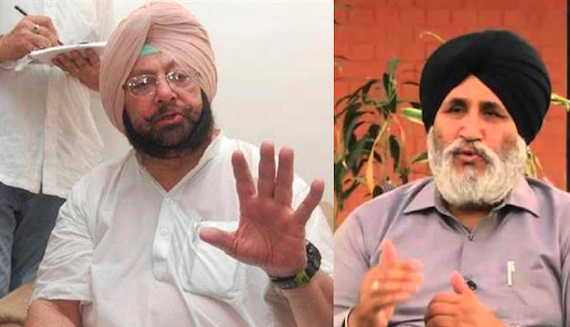 He said that Amarinder is under a serious illusion that those denied SAD (Badal) nomination or rejects of the party would bring laurels to the Congress forgetting that if they were strong enough, their parent party would not have thrown them out or treated them like deadwoods.

He maintained that leaders like Pargat Singh , Swarn Singh Phillaur, Inderbir Singh Bularia and even Navjot Kaur Sidhu would prove nothing more than a liability for the Congress.