United Nations: António Guterres, the new UN secretary general, said on Wednesday, in a clear response to the Trump administration’s refugee ban, that border policies based on religion, ethnicity or race were “against the fundamental principles and values on which our societies are based”.

Guterres, who was formerly the UN high commissioner for refugees, did not mention the US or Donald Trump in his written statement but he directly addressed the political, legal and moral debate triggered by the president’s executive order suspending entry for refugees and other visitors from a list of seven predominantly Muslim countries. 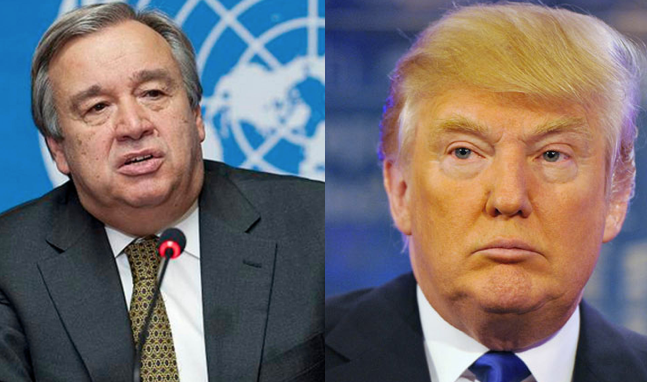 The statement said UN Chief was on his “way back from Ethiopia, the largest refugee-hosting country in Africa that for decades has been keeping its borders open to hundreds of thousands of refugees from its neighbours, many times in dramatic security situations”.

“Countries have the right, even the obligation, to responsibly manage their borders to avoid infiltration by members of terrorist organizations. This cannot be based on any form of discrimination related to religion, ethnicity or nationality because: that is against the fundamental principles and values on which our societies are based […]”, the statement reads. [READ FULL STATEMENT on UN Website].