Chandigarh: While Indian government is terming the farmers protests and use of force against peacefully demonstrating protesters as its “internal matter”, the spokesperson for UN chief Antonio Guterres and a group of 36 cross-party UK parliamentarians have also come out in support of the agitating Indian farmers, saying that people have a right to demonstrate peacefully and authorities should let them do so.

Earlier, Canadian Prime Minister Justin Trudeau had raised concerns over the reports of use of force against peaceful farmer protests in India. India’s Ministry of External Affairs had rejected Justin Trudeau’s while terming it as an interference in India’s internal matters. But now UN chief’s spokesperson has raised concerns similar to those raised by Justin Trudeau.

“As to the question of India, what I would say to you is what I’ve said to others when raising these issues is that people have a right to demonstrate peacefully, and authorities need to let them do so,” Stephane Dujarric, spokesman for the UN Secretary General, said in New York on Friday while responding to a question on the farmers’ protest in India. 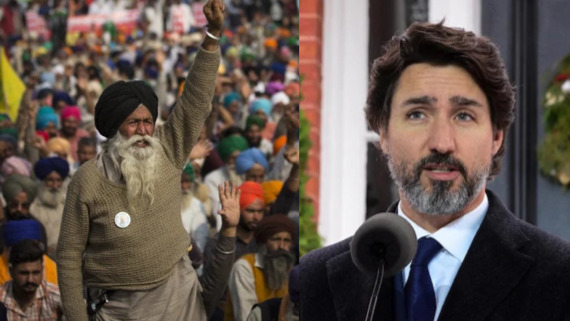 It is notable that even Justin Trudeau has reiterative his stand despite objections by the Indian government. In a recent statement, Justin Trudeau said that Canada will always stand by the people’s rights to peaceful protests.