New Delhi: The office of UN High Commissioner for Human Rights Michelle Bachelet has filed an intervention application in the Supreme Court against the controversial Citizenship Amendment Act (CAA).

The Ministry of Home Affairs has reacted strongly to the move. In a press release (on March 3) the Ministry of External Affairs of India said that India’s Permanent Mission in Geneva was informed about the move on Monday. The MEA also said that that CAA was an internal matter and that it was the “sovereign right of the Indian Parliament to make laws.” MEA spokesperson Raveesh Kumar further said, “We strongly believe that no foreign party has any locus standi on issues pertaining to India’s sovereignty.”

Just last week, on Thursday, Bachelet had raised grave concerns over the CAA as well as the growing communal violence in Delhi. She had then said, “In India more broadly, the Citizenship Amendment Act adopted last December is of great concern. Indians in huge numbers, and from all communities, have expressed – in a mostly peaceful manner – their opposition to the Act, and support for the country’s long tradition of secularism. I am concerned by reports of police inaction in the face of attacks against Muslims by other groups, as well as previous reports of excessive use of force by police against peaceful protesters. This has now widened into broader inter-communal attacks, with 34 people killed since Sunday 23 February. I appeal to all political leaders to prevent violence.” 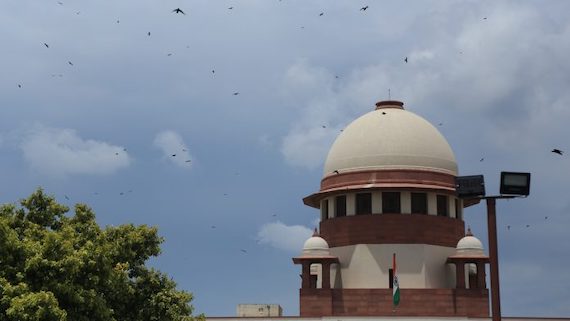 She was speaking at the 43rd Session of the Human Rights Council in Geneva and also spoke about the situation in Jammu and Kashmir. Bachelet had said, “In Jammu and Kashmir, while some political leaders have been released, and ordinary life may be returning to normal in some respects, as many as 800 people reportedly remain in detention, including political leaders and activists. Schools, businesses and livelihoods have been disrupted by the continued heavy military presence, and no steps have been taken to address allegations of excessive use of force and other serious human rights violations by security forces. The Indian government has partially restored mobile and internet services, after an important decision by the Indian Supreme Court, but authorities continue to impose excessive restrictions on the use of social media.”

At that time, the Indian representative responded with India’s official statement which said, “We encourage the OHCHR to develop a better understanding and appreciation of the freedoms and rights that are guaranteed and protected daily in a vibrant democracy like India before coming to any conclusions.” The statement went on to say, “We would continue to engage constructively with the Council and the Office of the United Nations High Commissioner for Human Rights (OHCHR) for the promotion and protection of human rights across the world.” Responding to concerns about Delhi violence the statement acknowledged that peaceful protests are a part of a democracy, but also note, “However, at the same time, violence has no place in the democratic ethos of India. We have taken all measures and restored peace and normalcy in the affected areas in Delhi.” 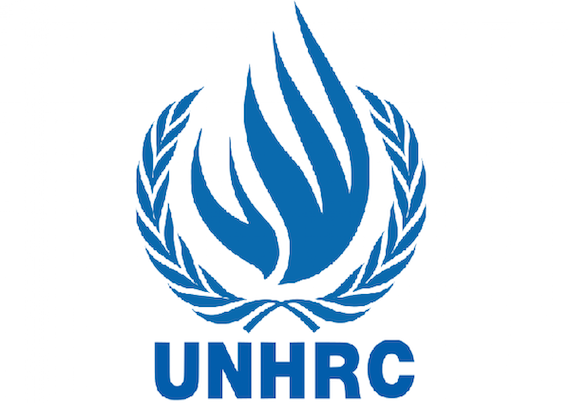 It is also noteworthy, that Bhim Army chief and Dalit rights activist Chandrashekhar Azad had written to the United Nations requesting an investigation into “serious human rights violations in India.” The Outlook reported that Azad’s letter said, “As I write, 45 people are confirmed dead even as the toll is rising every hour. Men are being mob-lynched and stabbed to death and women and girls are being raped. Thousands have been displaced and are fleeing their hometown… the state administration’s response to all this has been a failure.”

Recently, Bob Menendez, an American senator and Democrat from New Jersey has issued a statement condemning the widespread mob violence in Delhi saying, “I am deeply concerned about the impact and consequences resulting from the shocking communal violence that unfolded in Delhi this week, particularly as it relates to India’s democracy and human rights. On Sunday, clashes erupted between supporters and opponents of the Citizenship Amendment Act, which I have previously warned threatens India’s long history of secularism and democratic values. Those clashes unfortunately spiraled into wider communal violence that killed dozens and injured hundreds more.” 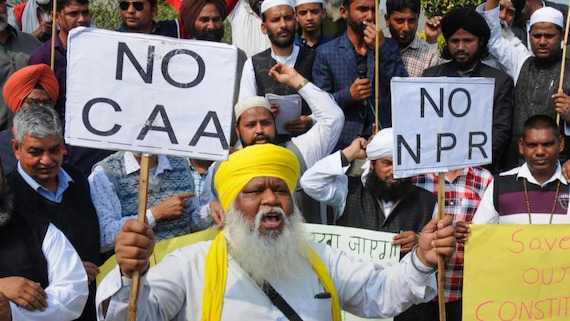 Also, last Wednesday, USCIRF Commissioner Arunima Bhargava said, “The brutal and unchecked violence growing across Delhi cannot continue,” adding, “The Indian government must take swift action to ensure the safety of all of its citizens. Instead, reports are mounting that the Delhi police have not intervened in violent attacks against Muslims, and the government is failing in its duty to protect its citizens. These incidents are even more concerning in the context of efforts within India to target and potentially disenfranchise Muslims across the country, in clear violation of international human rights standards.”

USCIRF Chair Tony Perkins urged the Indian government to protect its minorities saying, “The ongoing violence we are witnessing in Delhi and the reported attacks against Muslims, their homes and shops, and their houses of worship are greatly disturbing. One of the essential duties of any responsible government is to provide protection and physical security for its citizens, regardless of faith. We urge the Indian government to take serious efforts to protect Muslims and others targeted by mob violence.”