The territory is under lockdown and curfew but now the administration has announced to start home delivery of liquor. An order was issued in this regard on 6 May 2020 by Deputy commissioner of Sri Mukatsar Sahib.


The criticism and condemnation was so strong and sharp that Deputy Commissioner had to ‘correct’ the order and remove reference to announcement from religious places. 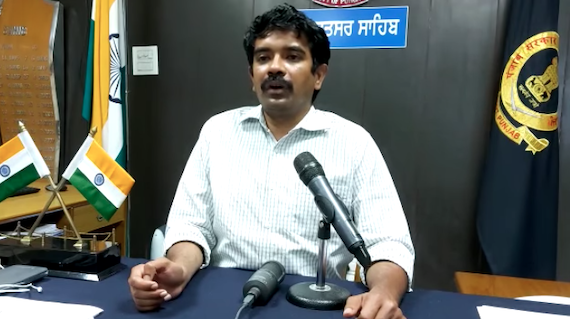 Muktsar, May 6: Deputy Commissioner Aravinda Kumar today regretted an error in one of the orders passed for the home delivery of the liquor in Muktsar district with a clerical error.

He clarified that the moment the error was spotted it was immediately rectified and the order with clerical mistake was withdrawn and the public was issued a fresh order without mistake.

Everyday office of the District Magistrate pass orders in view of the present worldwide health crisis due to the spread of Covid-19.

“We passed an order wherein it got inadvertently mentioned that the information be spread from the loudspeaker of the village gurudwaras and corrected order was issued. Direction also given to change template para and permanently delete word of village Gurudwara from official order to avoid controversy in future,” the Deputy Commissioner said.

Keeping in view the religious sentiments he regretted for the mistake.