Upcoming SikhRI webinar “Haumai: Annexing the Self” by Ravinder Singh

New York: Sikh Research Institute (SikhRI) is will be holding a webinar on “Haumai: Annexing the Self” on January 16 from 12 to 13:20 EST. An update form the SikhRI reads as follows:

What is the presentation about?
The concept of Haumai in Gurmat is foundational to an understanding of Sikhi. In Gurbani, Haumai is the central problem that humans have to grapple with and resolve.

Gurbani calls Haumai a chronic ailment and the source of our suffering. At the same time, Gurbani tells us that we are wired to have Haumai, that it is given to us the Creator as part of the creative process.

In this Webinar, we will attempt to understand this paradox of Haumai. We will:
– Examine the the dual connotation of Haumai
– Haumai as an emergent property, the result of the evolutionary process
– Haumai as a disease
– Haumai as its own cure

We will see how an understanding of Haumai can further our spiritual progress and open us to the potential that we are meant to have. 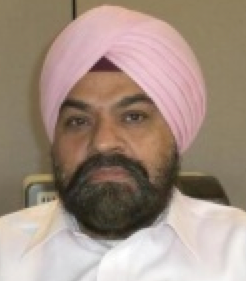 Ravinder Singh spent his formative years in Singapore and Delhi. Ravinder’s professional expertise includes leading technical and business consulting engagements. His consuming passion is Sikhs and Sikhi – in all flavors and dimensions.

He is also the founder/convener of the Talking Stick, a weekly online colloquium devoted to a dialogue around Gurbani that appears on the online magazine, Sikhchic.com.