Vancouver, Canada: Vancouver International Bhangra Celebration (VIBC) has officially announced to not to hold future Bhangra events on Sikh genocide day. The announcement came after there was uproar over the event as it coincided with the June 1984 Indian Army attack on Darbar Sahib. 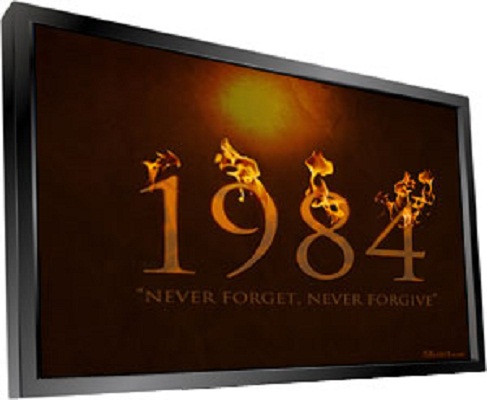 We recognize that there is likely no date in the calendar year where atrocities have not been committed in human history. The senior staff and the Board of Directors of the Vancouver International Bhangra Celebration (VIBC) denounce violence in all forms as it has no place in peaceful society. Further, we strongly believe there is a social responsibility to be sensitive to injustices that affect our community.

The 1984 Sikh Genocide Memorial is planned for June 7th, 2015 at the Vancouver Art Gallery at 6:00pm. There has been concern over VIBC’s City of Bhangra Festival being held the same weekend, at the same location on June 5th and 6th. VIBC stands in solidarity with the organizers of the 1984 Sikh Genocide Memorial, who are bringing necessary attention to the innocent victims and violence against Sikhs.

Beginning in 2016, VIBC has committed to not produce Downtown Bhangra – the 2 day event held at the Vancouver Art Gallery – on the following anniversary dates because of our sensitivity to the community we serve:

VIBC and the organizers of the 1984 Sikh Genocide Memorial respect each other’s vision and community work, and due to a lapse in communication during the summer of 2014, were unable to resolve the date issue before the 2015 festival. In order to create understanding and develop more solidarity within the community, we would like to explain the sequence of events that led to this issue:

-In 2014, VIBC met with the organizers of the memorial, who raised concerns in the weeks leading up to that year’s festival – at which point it was too late to change the dates. VIBC released the date of Sunday, June 8th 2014 to the organizers of the 1984 Sikh Genocide Memorial – a day which had otherwise been booked for clean-up after the Downtown Bhangra event;

– Both parties agreed to meet after the 2014 City of Bhangra Festival and the 1984 Sikh Genocide Memorial to discuss event dates and opportunities for cooperation in 2015;

– In solidarity with the 2014 Sikh Genocide Memorial, VIBC offered programming and technical support to the memorial service, and supported costs for a generator, washroom facilities, fencing and overnight security;

– Several Directors and the General Manager attended the memorial because of our support for the initiatives of the 1984 Sikh Genocide Memorial;

– Leading up to the 2015 City of Bhangra Festival and the 1984 Sikh Genocide Memorial, there were changes to both organizations as individuals leading the conversation stepped down from their posts;

– The conversation about setting dates and venues for 2015 did not continue from either end;

– Availability of resources and scheduling requires that venues and equipment for the City of Bhangra Festival be reserved up to a year in advance, so VIBC proceeded to plan events for the last weekend of May until the first weekend in June, as we have done in previous years.

Together, in solidarity, VIBC and the organizers of the 1984 Sikh Genocide Memorial sincerely apologize for the tension that the lapse in communication has caused, and for any sentiments that were hurt as a consequence. Unfortunately, the negativity has detracted attention from what should be the focus: two strong organizations working to create inclusive spaces for all and affecting positive change within the community we serve.

We humbly request that the public reserve judgement against either organization due to any miscommunication or misrepresentation taking place through social media. Both organizations have come to a positive understanding through open, focused and respectful communication and look forward to continue working together in future years.

VIBC will continue to create safe spaces for community engagement and dialogue. We support organizations that are dedicated to shattering barriers, fighting for social justice and creating harmony within our community.

* Note: Above write-up was previously published under title: “Canada: VIBC Cancels June 6 Bhangra Event in Vancouver”. The title was found misleading and it’s changed after readers raised concerns with the Sikh Siyasat News. The mistake was unintentional and inconvenience caused, if any, is deeply regretted.