Why Police Retaliate Rather Than Going by Law When Poor Are Involved?

Coronavirus like all other crises in past exposes that Indian democracy is being run by self-centered bureaucracy with police/security forces enjoying near holy status.

Also, crises give us an opportunity to unlearn our old ideologies/perceptions to learn new lessons.

India’s at least one-third population is poor-hungry. Present lockdowns/curfews have added many more to the destitute. Current Public Distribution System (PDS) was introduced by the British during World War Two after hue and cry over Bengal famine which starved 30 lakh people to death in 1943. Till today PDS covers an average of 12 percent poor population. Top Economists-Amartya Sen, Abhijit Banerjee, and Raghu Rajan- have pleaded for universalising PDS. Current FCI stocks of 70 million tonnes plus new crop could sustain PDS if enhanced only for six months. Unfortunately, distress and starvation faced by migrant labor and poor could not bring ruling ministers/officers minister flying high in skies down to the earth? How could power blinkers put on by the rulers be removed? 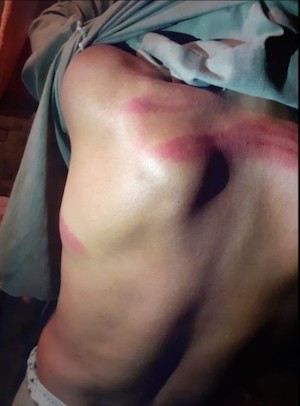 Dalits resisted police action resulting in an injury to an ASI. Next early morning, policemen in 30 vehicles raided Dalit houses, badly thrashed them and their womenfolk. Many Dalits even boys were arrested under the charges of attempt to murder.

Why Police always retaliate rather than going by law particularly when poor involved? Is the rule of British that treated Indians as slaves still in operation?