London: The World Sikh Parliament has expressed its concern at the current situation evolving at the Tihar Maximum Security facility in the New Delhi, in relation to the suspected Coronavirus outbreak there and resultant quarantining of 18 prisoners.

Referring to information confirmed by Additional Inspector General of the Prison, Raj Kumar, that 18 prisoners have been quarantined, the World Sikh Parliament said that at least 12 of them confirmed to be Afghan men and awaits confirmation of the nationality or gender of the other 6.

Taking serious note of this information the World Sikh Parliament has expressed concerns about wellbeing of all prisoners, including Sikh political prisoners confined in Tihar jail. 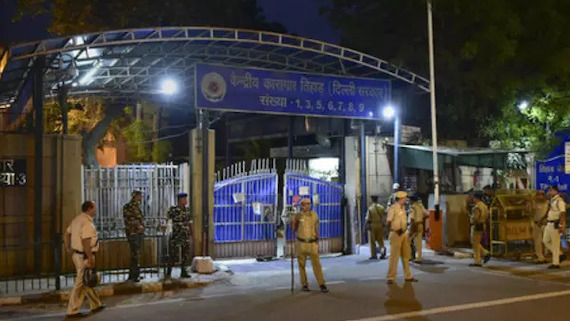 The health of these Sikhs and the health of all prisoners in Indian jails is one not only of basic human rights but also a legal obligation. These prisoners are all under the care and supervision of the Indian government, therefore any mismanagement and mishandling of their health and wellbeing will be looked upon as a deliberate opportunity to harm them and/or a complete dereliction of duty. The global crisis has been ongoing since December and any excuse of being caught unaware or ill prepared will simply not be acceptable.

Balbir Singh Bains of the Welfare Council at the World Sikh Parliament said, “It is essential that the government of India moves immediately to secure the health and welfare of all prisoners without delay, as this virus has proven it adheres to no boundaries and any mishandling or mistakes will cause significant political issues should any prisoners be taken ill, especially politically sensitive prisoners and the potential for communal unrest is very real in such circumstances. We must make clear any such scenario would be the sole responsibility of the government of the Union States of India and no one else.”

Bhai Joga Singh, Speaker of the World Sikh Parliament added, “The World Sikh Parliament expects the Indian state and prison authorities to behave in accordance with their legal obligations and be responsible for the health and welfare of those they have currently incarcerated serving custodial sentences. Any harm that should occur to Sikh prisoners in their care will be considered an act of willful negligence and deliberate carelessness. The Indian government and them alone will be solely responsible for any political or communal fall out that could potentially result from such dereliction of duty”.