Kelowna, BC: The World Sikh Organization of Canada has strongly condemned the racist vandalism of the Gurdwara Guru Amardas Darbar Sikh Society in Kelowna, British Columbia. The racist graffiti was discovered on Nov. 19 as a gathering was starting.

The WSO said in a statement that it has been in contact with members of the Guru Amardas Darbar Sikh Society gurdwara, including President Tarsem Singh, and offered support and assistance in dealing with this incident. 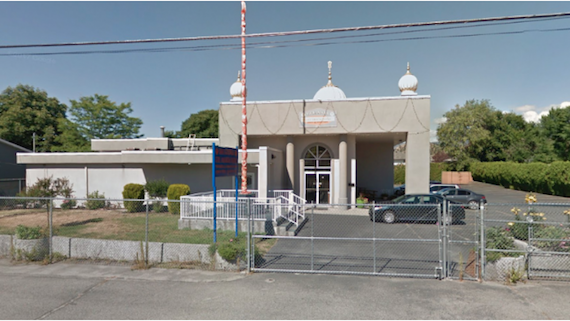 The gurdwara has been targeted once in the past with vandalism, however police were not contacted at that time.

WSO’s Vice-President for British Columbia, Amanpreet Singh Hundal, also a Kelowna resident, said, “it is disappointing that these sorts of incidents continue to take place. We believe it is ignorance and fear that drives racism and the Sikh community will continue to reach out to educate and build bridges despite incidents like this. Local gurdwaras in Kelowna regularly host high school students for tours and information sessions on the Sikh faith and those will continue. Whoever vandalized the gurdwara would have been better served to actually learn more about Sikh community by going inside the gurdwara to ask questions and enjoying the free meal available to all visitors. Kelowna is our home and racist incidents like this won’t phase us.”

The WSO encourages community members to remain vigilant and to report any suspicious activity around gurdwaras to the Kelowna RCMP at 250-762-3300.