London: The British government is covering up the full extent of Margaret Thatcher’s support for India’s crack down on Sikhs in 1984, a new report will say.

It will call for an independent public inquiry into the episode, including the 1984 Amritsar massacre in which thousands of Sikh pilgrims died.

Arms deals, SAS training and intelligence sharing are just some areas where Whitehall has not come clean, the report says. The report will be formally launched in Parliament on Wednesday 1st November.

David Cameron commissioned an in-house review by the Cabinet Secretary, Sir Jeremy Heywood in January 2014 after it emerged that an SAS officer helped plan the attack on Amritsar.

The new report will say that Cameron’s in-house review was a “whitewash” and that an independent public inquiry is needed. 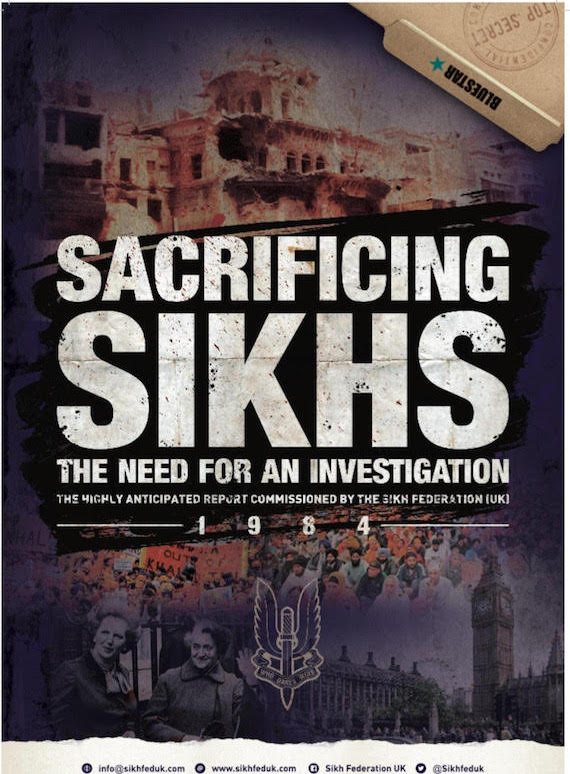 Sacrificing Sikhs – the need for an investigation, published by the Sikh Federation (UK) and written by the freelance journalist Phil Miller, has found that:

Phil Miller, the freelance journalist who researched and wrote the report, said: “The government needs to finally come clean about Thatcher’s role in the Amritsar massacre and India’s wider crack down on Sikhs. Whitehall censorship of historic files is like an old boys club that prevents the public from ever knowing how taxpayer’s money was spent. This culture of secrecy around Britain’s special forces and intelligence agencies is undemocratic and unsustainable.”

Bhai Amrik Singh, the Chair of the Sikh Federation (UK) said: “Despite extensive censorship this report is a real eye-opener into some of the painful facts that both the UK and Indian governments wanted to remain hidden. Promises of trade was enough for Thatcher to sanction and encourage Sikhs to be sacrificed in their homeland and civil liberties to be suspended for the law-abiding British Sikh community.”

“The research provides an insight into the UK government’s private account of the events before and after the 1984 Sikh Genocide and illustrates that under pressure from the Indian authorities the Thatcher government went much further than has ever been officially acknowledged.”

“This report casts serious doubts on the adequacy and integrity of the in-house Heywood review commissioned by Cameron. There has been a massive cover up and Parliament and the public have been disturbingly misled. An independent public inquiry to get to the truth is the only way forward.” 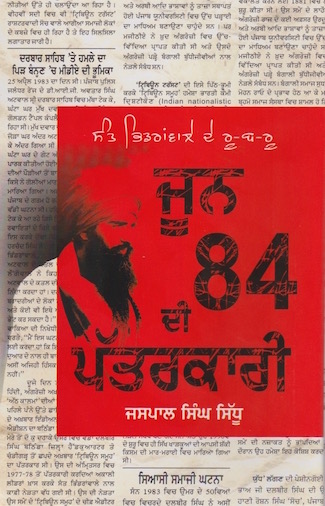