1984 Sikh massacre was result of ‘total collapse of law and order in Delhi’, says Capt. Amrinder

Patiala, Punjab: Former Punjab Chief Minister and Congress leader & Amritsar MP Captain Amrinder Singh has reportedly said that “there was total collapse of law and order in the aftermath of the assassination of the then Indian Prime Minister Indira Gandhi”, adding that ‘(such collapse of law and order) led to killing of thousands of innocent Sikhs in the 1984 anti-Sikh violence’. 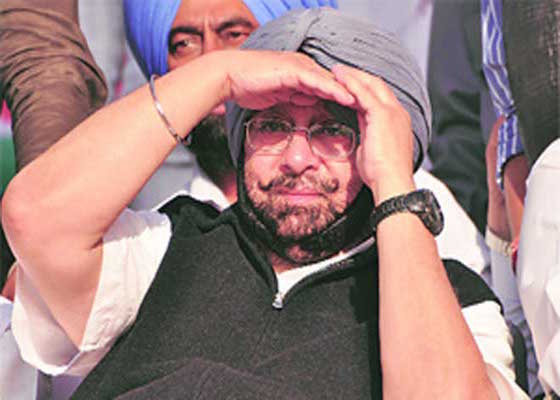 He was speaking to reporters after addressing a rally at Bhadson in Patiala. He said that he had visited Delhi immediately after assassination of Indira Gandhi and he had himself seen the death and devastation there. He said that he had refused to campaign in Congress leader Jagdish Tytler’s constituency stating his name was associated with the 1984 anti-Sikh violence.

Was there mere ‘collapse of law and order’ or an organised Genocide?:

Captain Amrinder Singh’s statement present incomplete view of the aftermath of Indira Gandhi’s assassination on October 31, 1984. It ultimately tends to mislead the people, as Captain Amrinder Singh has failed to mention that the ‘collapse of law and order’ in the aftermath of the assassination was deliberately suffered by the Indian administration led by his party (the Indian National Congress).

Moreover, plenty of evidence has surfaced that the genocidal episode of November 1984 was much more than mere collapse of law and order situation. It was a planned and organised mass murder of Sikhs throughout India.