Chandigarh: The Chief Electoral Officer (CEO) on the basis of past records and reported inputs from intelligence wing of the police, has here on Friday has identified 457 polling stations as vulnerable to violence in the Gurdaspur Lok Sabha byelection. 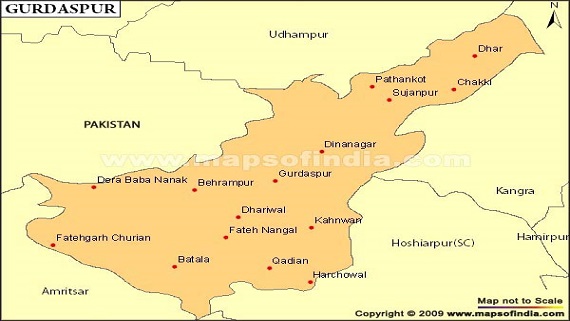 As many as 83 polling stations have been listed as ‘critical’, acting CEO MS Narang said while interacting with the media.

The poll office has sought a list of potential troublemakers identified by the police, which will be communicated to the assistant returning officers.

“We have earmarked 1,781 polling stations. Special care has been underlined for 23 ‘shadow area polling stations’, which are not easily connected to the main election office due to their location,” MS Narang further said.

The number of voters has been put at 15.17 lakh, including 7.09 lakh women. The constituency has 14 transgender voters.

Besides 20 companies of paramilitary forces approved by the Union Home Ministry for deployment, the state has a pool of 10 companies at its disposal for the byelection, MS Narang added to his statement.