The police said that the victim was identified as Chimma. According to the police the victim had gone to the Maidani Baba temple with his wife, son Durjan and brother on Wednesday evening. He was stopped from entering the temple by a man named Sanjay Tiwari.

When Chimma did not relent, Tiwari allegedly attacked him with an axe and then set him on fire.

According to a news reported by the Hindustan Times (HT) the incident took place in the presence of several other worshippers in Bilgaon, a village on the boundary between Hamirpur and Jalaun districts located 140km from Kanpur.

An eyewitness said Tiwari had asked Chimma and several others not to enter the temple but they refused.

Hindustan Times (HT) has published a photo of the temple where Chimma was burnt alive (see image below). 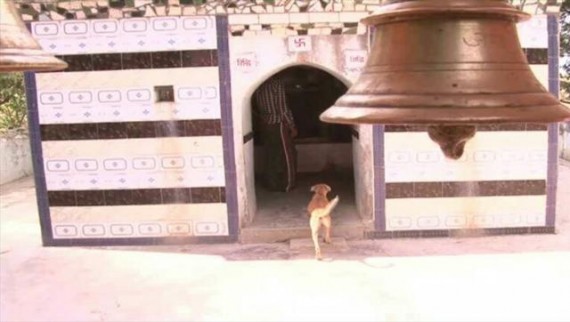 The temple where an elderly man was set on fire. (Source-HT Photo)

It is notable that casteism, an alleged hierarchy of human determined by their birth is worst kind of discrimination where people of (so-called) lower classes are considered as sub-human or even inhuman (in case of so-called untouchables) and are subjected to derogatory treatment or even violence of worst kind.