Ranchi: Aggressive drive by the Indian State to link the Aadhar Card with each and every aspect of an individual citizen despite it being termed as ‘voluntary’ drive when introduced in 2012 has lead a 11 years old girl to her death due to ‘starvation’ in Jharkhand’s Simdega district after her family was struck off the government welfare rolls for not linking their ration card with Aadhaar. 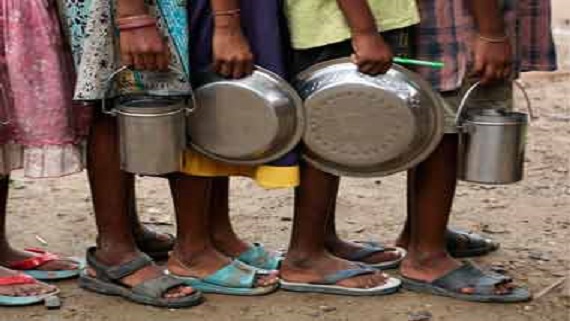 Santoshi Kumari died on September 28 after starving for four days, her mother Koili Devi reportedly told activists. The family had not received any ration since February but subsisted on doles from villagers and the mid-day meal Santoshi would get at her school.

Durga Puja vacations began in her school on September 20 — depriving her of a mid-day meal — and food stock at her home ran out in a few days. Santoshi, who lived with her parents at Karimati village of Jaldega block here in Simdega, complained of severe stomachache and cramps on September 27. She died within 24 hours, her mother said while interacting with the media.

“The family was not receiving ration due to the government’s mandate for Aadhaar seeding,” Dheeraj Kumar one of the activists involved in the investigation reportedly said.

Furthermore, Jaldega block development officer Sanjay Kumar Kongari reportedly confirmed the family’s name was struck off from the list of beneficiaries of the public distribution system after failure in Aadhaar card seeding.  Sanjay Kumar Kongari further claimed that Santoshi died due to malaria.

Subsequently, the activists while interacting with an English vernacular maintained that girl’s father was unstable and didn’t have an income. Koili Devi and her elder daughter, 20, sold medicinal neem twigs (Daatun) and earned Rs 80 a week. Villagers would also give the family rice in return for shepherding cattle. Santoshi’s one-year-old brother would get food from the local Anganwadi, which the family would share equally among all members.

The state government has pushed for Aadhaar seeding for all welfare schemes in line with the Centre’s plan of using the controversial 12-digit biometric identity number on the pretext to weed out fakes and duplicates from welfare rolls. But activists have flagged a number of implementation snags with the seeding process, especially in far-flung areas with feeble internet penetration, and say genuinely poor people might be denied their entitlements because of the rush in seeding, notes Hindustan Times (HT).