Chandigarh: Aam Aadmi Party on Wednesday raised the issue of very nominal salary being paid to the cook-cum-helpers working under the Mid-Day meal programme in Government schools of Punjab.

Talking about the harassment being faced by the workers, Aam Aadmi Party Women Wing President, Prof. Baljinder Kaur and Parminder Kaur said that the money being paid on the name of salary is a cruel joke with the workers. Under the mid-day meal programme, centre government contributes Rs. 750 while Punjab adds Rs. 450 and pays Rs. 1200 per monthly to the workers. 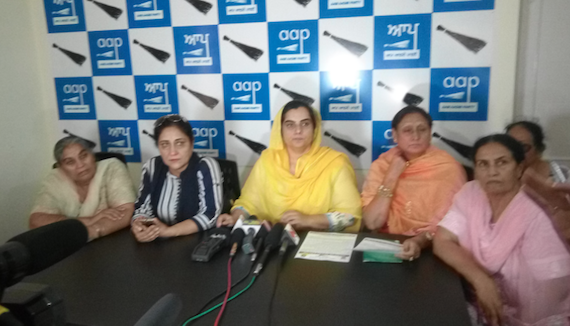 “Punjab is state paying least salary to the workers, while state of Tamil Nadu pays Rs. 6500 and Kerla pays Rs. 9500 monthly for the same job. The Inflation has increased many folds in the recent times and the government must pay them keeping this thing in mind.” said Prof. Baljinder.

Parminder said that apart from cooking the food, the workers wash the utensils as well. She said that the party stands by the concern of workers and would protest against the government alongwith Union leaders of association.