Jalandhar: In his first interaction with the media ever since he resigned from the post of chief wimp earlier this week Aam Adami Party MLA from Bholath Sukhpal Singh Khaira here on Thursday stated  that under the prevailing conditions the party may lose the Gurdaspur Lok Sabha byelection and the municipal corporation and panchayat polls in Punjab. 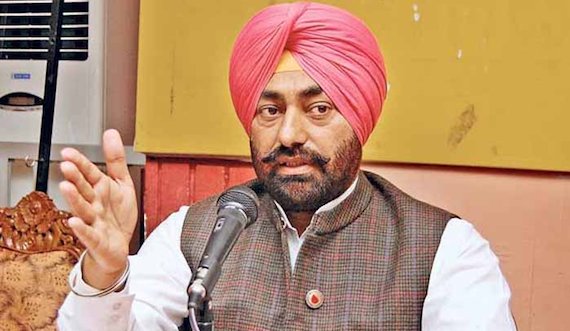 “There is an element of disappointment among volunteers and the graph of the party after it reportedly drifted away from its principles has been going down. Despite the possible losses in the MC elections and the bypoll, AAP can bounce back in the 2019 parliamentary elections if it returns to original principles and ideas,” reads a quote from the statement he made while addressing the media.

“People still hate SAD a lot and the Congress graph will also come down as it will fail to keep promises it made before polls. We can fill in that space but the foremost condition is that our party will have to return to its original principles of transparency, accountability and inner party democracy,” Sukhpal Singh Khaira added.

Moreover, he is of the view that “People of the state were 100% ready to form the AAP government in Punjab but we lost as we started drifting away from our principles. We need to do a lot of introspection.”

Furthermore, whilst adding to his statement he said that the sacking of Sucha Singh Chhotepur from the post of Punjab AAP convener damaged the party. “Now, Gupreet Singh Ghuggi has left the party, which was an unfortunate development. He had a clean image and had worked for the party but felt humiliated the way he was removed,” reads a quote from report published in an English vernacular.

He further added that party’s NRI supporters should not be ignored. “They gave us a lot of inspiration, campaigned for us and gave funds and their opinion must not be ignored.”

Media reports indicates that on Upkar Singh Sandhu’s expulsion, he maintained that discipline was required but at least a notice should be issued and the person be given a chance to be heard.