New Delhi: Arms dealer and prime witness in the November 1984 Sikh genocide Abhishek Verma has here on Friday has accused the forensic laboratory of defending Congress leader Jagdish Tytler during his lie detector test in connection with a 1984  Sikh killing case. 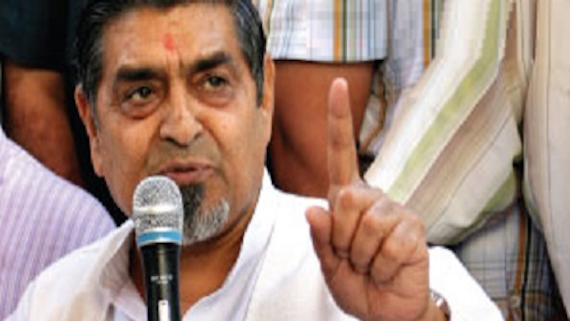 Abhishek Verma in his application maintained that officials of the Forensic Science Laboratory (FSL) at Rohini in the Capital, where he is undergoing the test, was holding a ‘mini-trial’, and acting in an ‘unfair and biased manner’, media reports said.

“The Senior Scientific Officer was acting in a very biased manner and trying to defend the accused person of the present case,” reads the quote in the reported application of Abhishek Verma.

“Two officers, in separate rounds of questioning and after asking all the lawyers to leave the room on October 24 [Tuesday], put personal questions [to him] such as ‘why do people like you marry twice?’ and ‘why are you after Tytler?’… I am unable to understand,” he further maintained in his said application.

“The FSL Rohini is not conducting the procedure for lie detection test in a fair and impartial manner, rather the conduct and actions of FSL Rohini were extremely questionable,” he adds.

Lakhwinder Kaur, the complainant in the case, is the wife of a man who was killed along with two others by a mob at Gurdwara Pul Bangas in north Delhi. She has accused Mr. Tytler of inciting the mob that allegedly attacked the gurdwara, reports The Hindu (TH).