Mumbai: As per the media reports a special Terrorist and Disruptive Activities prevention Act, (TADA) court set up to complete the pending trails against the remaining suspects in custody for 1993 serial Mumbai blast has convicted underworld don Abu Salem and 5 others in this case. Atleast 257 were killed and another 713 were injured when 12 multiple blasts rocked the city of Mumbai on March 12th 1993.

The others convicted in this case are Feroz Khan, Taher Merchant, Riyaz Siddiqui, Karimulla Khan. The court pronounced the sentence after hearing arguments from the defence and the prosecution. Out of the six convicted by the Tada court, only five face the gallows. Riyaz Siddiqui will only attract life sentence as he is not held guilty of criminal conspiracy. 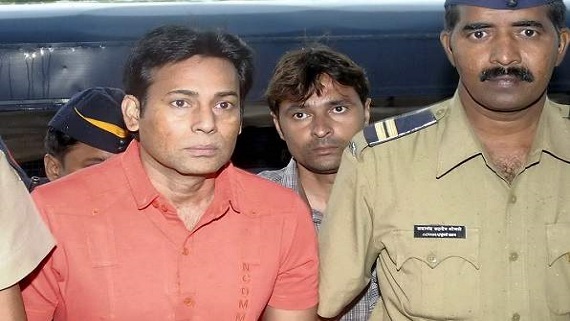 Only person acquitted from the trail is Abdul Qayyum Shaikh who was accused of sending arms and ammunition from abroad which landed at Dighi Jerry. It is also reported that he was the one who sold a licensed revolver to Indian film actor Sanjay Dutt in September 1992.

While interacting with the media special CBI counsel  Deepak Salvi said that the trial for the seven, arrested between 2003 and 2010, had to be separated as they were nabbed after a substantial portion of the previous trial was completed.

With no other accused currently in custody, the Friday verdict was the last in the case for now. Thirty-three accused are absconding, including key conspirators Dawood Ibrahim, his brother Anees Ibrahim, Mustafa’s brother Mohammed Dossa and Tiger Memon.

It was back in 2003 when Abu Salem was extradited from Portugal after lengthy rounds of negotiations with the Portuguese authorities by Indian authorities. His confession further lead to the arrest of Siddiqui and Shaikh. Mustafa was named in 1995 by a co-accused and arrested in 2003 after he arrived in Delhi from Dubai, reports the Times of India (ToI).