Chandigarh: Raising the pitch against the denial of justice, the Sikh groups along with aggrieved family members register their protest against P& H High Court quashing the SIT report on Kotkapura incident. 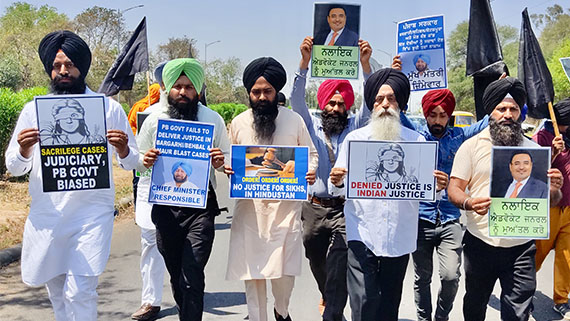 They raised their voices against the court order terming the judiciary and the government biased.

However, the Chandigarh police stopped the march and detained around 50 protesters at Police Station Sarangpur, after they started marching towards the High Court. They were let off later on in the afternoon.

The Protesters courted arrest when the police didn’t allowed them to move towards High Court to register their protest. 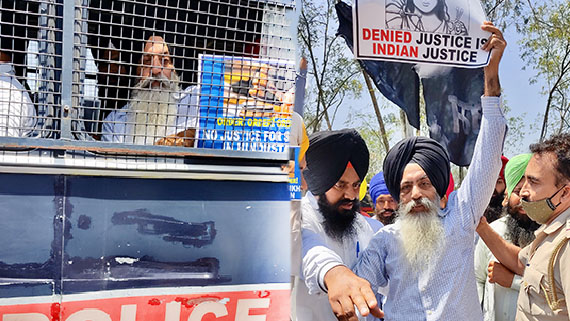 Son of victim of Behbal Kalan Sukhraj Singh, who reached High Court was stopped by police to enter in the complex. He condemned the detention of protesters and termed it as undemocratic.

The protest was led by Sikh groups namely Dal Khalsa, SAD (Amritsar) and United Akali Dal with the support of aggrieved family members.

Leaders of three groups Kanwar Pal Singh, Gurdeep Singh Bhatinda and Jaskaran Singh said the HC order has reflected the utter failure of Punjab Govt led by Captain Amarinder Singh and its legal team headed by Advocate General Atul Nanda. They said the CM must own it’s Govt’s failure and sack his so-called inefficiet AG immediately. They said failing to do so, CM must get prepared to face the public ire and their next protest will be at his doorsteps.

The CM apart from doing lip service isn’t at all interested in delivering justice to aggrieved family and community. To drive their point Home, they said from Bargarhi to Behbal, from Kotkapura to Maur blast, the Pb Govt has failed to nail and punish the culprits and guilty cops. Even till date, the Punjab Govt hasn’t dared to bring the infamous Sirsa cult head Gurmeet Ram Rahim on warrant for interrogation in sacrilege case.

Holding the placards on which it was written by quashing SIT report the High court has killed all the hopes of justice. Another placard reads Dismiss inefficient Advocate General.