Chandigarh: As per media reports, Amritdhari Sikh students directed by the Chandigarh (U. T.) police to remove and keep their “Kirpans” at home while participating in Indian government sponsored Yoga Day in Chandigarh on June 21. As per media reports from Mohali, Jaspreet Singh of Balongi was directed by the Chandigarh police on Monday to remove his Kirpan before joining Yoga practise session at Chandigarh on Tuesday (June 21). Jaspreet Singh is a student of 10th standard in Govt. Model School, Sector 41, Chandigarh. 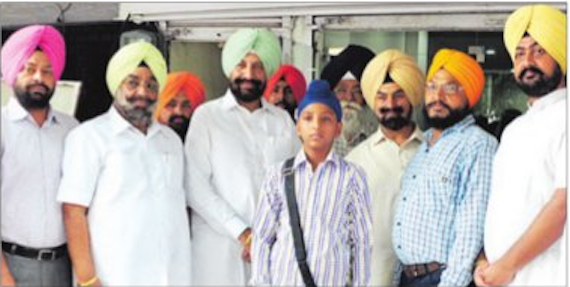 Similarly, Inderjit Singh of Badheri, who is also a student of Govt. Model Schollar, sec. 41, Chd, said that he also received similar directions from the Chandigarh police.

Notably, there are vacations in schools but the administration had directed the students to participate in Yoga practise session to be led by Indian prime minister Narendra Modi.

According to the Punjabi Tribune (PT), parents and teachers of aforesaid Amritdhari students have confirmed the fact that the UP police has asked students to remove the Kirpan before taking part in Yoga Day.