Nanded, Maharashtra: The recent news of appointment of Hindutva stooge Tara Singh as chairman of management board of Takhat Hazoor Sahib has triggered strong resentment from global Sikh circles. The global Sikh community has expressed disappointment after Tara Singh, a BJP MLA who has close links with RSS, was appointed President of Management Board of Takht Sri Hazur Sahib.

“There cannot be a greater disrespect to the sacred memory of Guru Gobind Singh than a non-baptised Sikh heading the board for administrative control of the place dedicated to the sacred ‘amrit’ river”, said Ashok Singh Bagari. 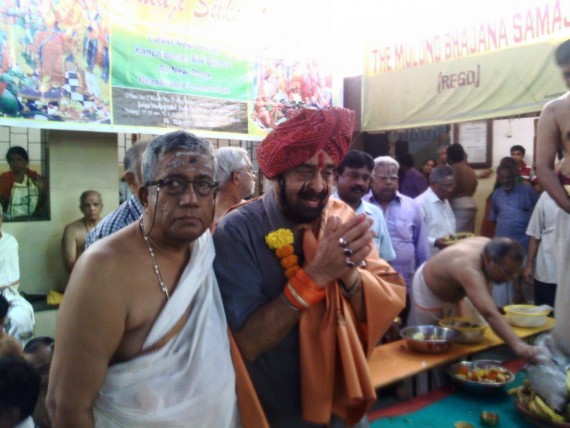 Akal Takht Sahib Jathedar Giani Gurbachan Singh, “said that Tara Singh is not eligible for the post and directed to appoint a person with religious nature.”

In his letter to Indian Prime Minister Narendra Modi, Parkash Singh Badal said that the impugned move on the part on the Maharashtra government was in complete violation of the ‘Sikh Maryada’ and was to hurt the religious sentiments of Sikhs across the world. He described this decision as “extremely unfortunate, anti-Sikh” and direct interference in the religious affairs of the Sikhs.

Sikh diaspora circles have also expressed outrage over appointment of Tara Singh as chief of Takhat Hazoor Sahib management board.