Meeting the victim Ramanjeet Kaur at her village Kotla Mehar Singh Wala, Prof. Baljinder Kaur said that said that law and order situation in Punjab has gone from bad to worst during Badal-BJP rule.

The cases of atrocities by ruling party workers are coming up every day. She said that self-styled ‘savior’ of women in Punjab ‘Nanni Chaa’ Harsimrat Badal have not even uttered a single word about the incident of shame. 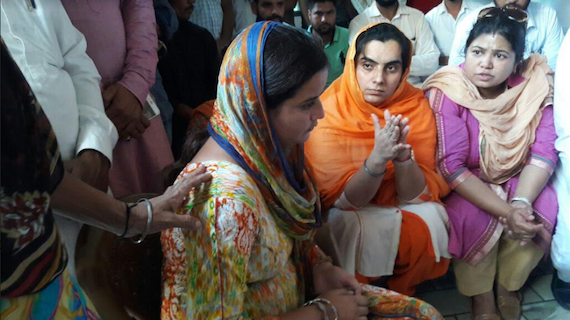 AAP spokesperson and senior leader, Yamini Gomar said that Harsimrat always pretend to raise issue related to women but fail to act against goons of her own party. She said that Akali leaders are shielding the culprits in the case.