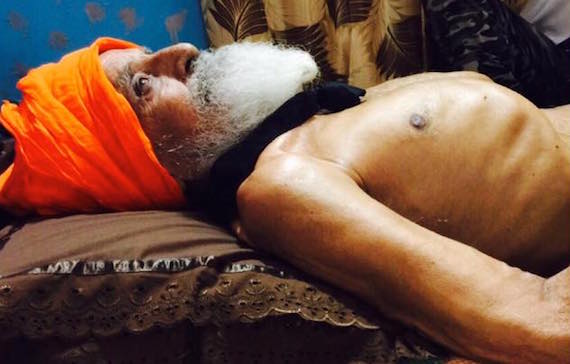 He said that Bapu Surat Singh had turned unconscious, but he family and the Sikh sangat present on his house resolved to not to allow the police to take him to the hospital. The district administration and police arrived with an ambulance to take Bapu Surat Singh to hospital but his supporters locked down the house and did not allow the police to enter.

As per recent updates Bapu Surat Singh has gained consciousness but his condition remains critical. Meanwhile standoff between the police and supporters of Bapu Surat Singh continues at village Hassanpur, though there is no reports of any direct confrontation.