New Delhi: “Nationalism” debate is overshadowing almost all other issues in Indian subcontinent these days. On Monday (March 21) the opposition parties slammed ruling Hindutva regime headed by BJP terming the Saffron party’s insistence on ‘Bharat Mata ki jai’ as an unfortunate replay of Hitler’s tactics. On the other hand the ruling party reacted sharply to say that any opposition to “Bharat Mata Ki Jai” slogan amounts to “treason”.

The opposition parties also accused BJP of stoking the issue of nationalism to shroud its failure in keeping promises. The BJP on its part maintained that opposing Bharat Mata for sure falls in the category of treason and made a strong pitch for “instilling” feeling of nationalism as “some people” have habit of “eulogising” anti-nationalists like Afzal Guru.

As per certain media reports a Hyderabad based Islamic seminary has issued a fatwa against chanting ‘Bharat Mata ki jai’ because it goes against Islam’s basic tenet – that a believer prays only to Allah. 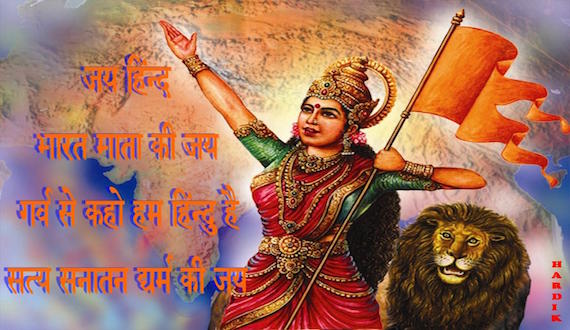 “Now to insist nationalism means only the slogan (Bharat Mata ki jai) that they want people to give is very very clearly an unfortunate replay of how (Adolf) Hitler used nationalism for the rise of fascism in Germany,” CPI(M) general secretary Sitaram Yechury said.

Rajya Sabha Opposition Leader Ghulam Nabi Azad ridiculed the BJP and said it should be the last party to talk about nationalism. He stated people of the country are clever and understand that the debate is allegedly being stoked to divert their attention from BJP’s failure in keeping poll promises of employment, development and price rise among others.

“But they have totally, miserably failed. So the only agenda left with them is to divert the attention of people from such issues,” the senior Congress leader added.

JD(U) leader Pawan Verma seconded Azad and said the issue is being escalated also in view of forthcoming assembly polls in five states. AAP leader Ashutosh targeted the BJP, saying it had never taken part in country’s freedom struggle and hence, is trying to wear nationalism on its sleeves and forehead to prove its patriotism.

Union Minister of State for Minority Affairs Mukhtar Abbas Naqvi said chanting ‘Bharat Mata ki jai’ is not a certificate of nationalism, but opposing, abusing and criticising ‘Bharat Mata’ does fall under category of treason.