Amritsar: Dal Khalsa today joined issue with Union Minister M Venkaiah Naidu for wondering whether US would allow death anniversary of Osama Bin Laden to be observed at its soil.

Notably, responding to US ambassador Richard Verma’s views that free speech is the hallmark of democracy in both India and US, the Union Minister, asked the Lok Sabha if the US would “tolerate” any campus meeting on its soil to mark the “Osama’s martyrdom anniversary”. 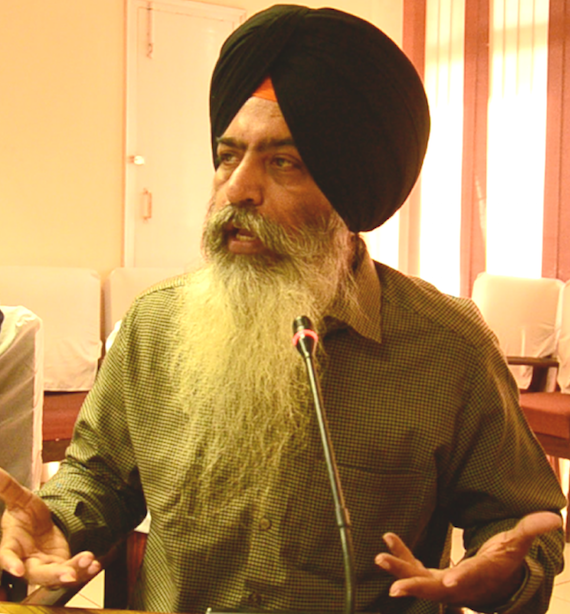 Party secretary for political affairs Kanwar Pal Singh said drawing comparison between Bin Laden and Afzal Guru was totally incorrect and invalid. He said Laden was not US citizen, whereas Afzal Guru was residence of J & Kashmir, which is disputed territory presently administered by India.

Secondly, Bin Laden was leading the jihad against US and other Western countries, whereas Guru was neither a member of any terror organization nor did he ever participated in any murderous acts.

As far as his role in Parliament attack was concerned, Kanwar Pal Singh said a section of people belief that Afzal was not guilty and that he was hanged to satisfy the collective conscience of larger section of society.

“The Indian civil society is divided over the sentence given to Guru, let alone the people of Kashmir. He quoted the recent statement of former Union Minister P Chidambaram, who was part of the govt that hanged Guru, that his case was not correctly decided. He even went ahead and quoted the statements of leaders of present day ruling party in J&K and retired Justice M Katju that hanging Guru was ‘travesty of Justice”.

He said the Sikhs were observing the martyrdom day of Satwant Singh and Kehar Singh, who were hanged in Indira Gandhi assassination case since long. For Sikhs, both were their national heroes and great martyrs. He further said eulogizing martyrs and organizing events in their memories should no way be construed as threat to peace or harmony let alone country’s integrity.

He said instead of correcting its fascist approach, Modi govt had over-reacted to US advice. He said no govt can stop the society and the family from observing the day of the hanged person if “they believe that the deceased has sacrificed his life for them”. Accusing the Indian leadership for double standards, he said, in the country where Nathuram Godse can be eulogized and his death anniversary could be observed, the govt has no justification and logic to ban events for observing death anniversary’s of Maqbool Bhatt, Afzal Guru, Satwant Singh, Kehar Singh.