New Delhi/Chandigarh: The BJP led Central government of India has taken a stand against Punjab in the Supreme Court of India (SCI) on the river water issue. The centre has contended that the law enacted by the state assembly in 2004 annulling so-called agreements with non-riparian states was against the SCI orders for the completion of the Sutlej-Yamuna Link (SYL) canal.

The matter being heard by a five judges constitution bench of SCI headed by Justice Anil R. Dave. Appearing for the Centre, Solicitor General Ranjit Kumar told the SCI that “we stand by the two judgments” of the SC for the construction of the SYL canal which was opposed by Punjab.

Notably the then Central government, led by Dr. Manmohan Singh, had referred the matter under the “presidential reference” clause to test the validity of the Punjab Termination of Agreements Act 2004.

The SCI was to decided the matter in six months but it’s pending in the court for almost 12 years now. 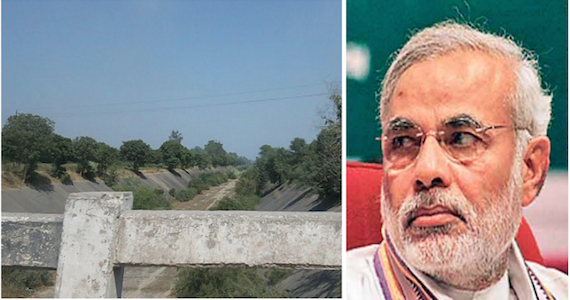 Interesting the BJP led Central government urged the Bench to defer the hearing for some time in view of “what is happening” and the possibility of the sensitive issue of water sharing “aggravating” the situation. Solicitor General Ranjit Kumar also referred to the recent Jat quota agitation in Haryana that had turned violent.

The SG also said the reference also involved the states of Rajasthan, Delhi, Himachal Pradesh and Jammu and Kashmir, besides Punjab, Haryana and the Centre.

The Bench had begun hearing the case on a plea by Haryana for an urgent adjudication as the matter was pending for 12 years and pleadings were complete. Appearing for Punjab, senior advocates Rajeev Dhavan and Rupinder Singh Suri said the state law was in order, but pleaded for deferring the hearing at least till April. The other members of the Bench are Justices PC Ghose, SK Singh, AK Goel and Amitava Roy.

Rajasthan’s senior counsel CS Vaidyanathan maintained that Punjab assembly did not have the legislative competence to enact the law and sought an early hearing.

The bench said it wanted to begin today at least the preliminary hearings. At this, Haryana’s senior counsel Shyam Divan explained the Presidential reference under which the then President APJ Abdul Kalam had framed four issues for getting SC’s clarification. The arguments will resume on March 8.

MUST READ FOR MORE DETAILS: