NewDelhi: Former member of the pro-hindutva fountain head Rashtraya Swayamsewak Sangh (RSS) and NDA’s presidential candiate Ramnath Kovind has won the 2017 Indian presidential election and set to succeed the incumbent Pranab Mukharji and will  become the 14th president of the union of India. 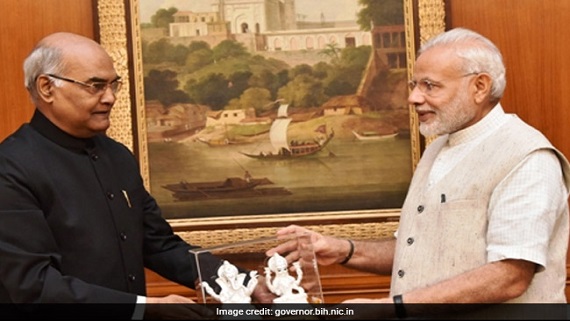 Ramnath Kovind was contesting against opposition UPA’s candidate Meira Kumar and  won with a comfortable margin of votes. From the very begining Kovind was expected to win as BJP and its allies had majority in electoral college comprising Members of Parliament and members of legislative assemblies and councils of all states, media reports said.

The counting of the votes reportedly began here today at around 11 AM in the morning. First, the ballot box of Parliament House were opened, and then, the ballot boxes received from states were being counted on alphabetical basis. It is stated that Ramnath Kovind secured around 65 percent of the total votes whereas Meira Kumar was able to get around 35 percent of the total valid votes. Before the voting the UPA candidate has consistently maintained that the said election was  a battle of ideologies and not caste.

An Election Commission official while interacting with the media stated that  usually results are declared around 5 pm. Close to 99 per cent voting was recorded for electing India’s next president.