Chandigarh: The amended Citizenship law along with a National Register of Citizens (NRC) being planned by the Narendra Modi government “may affect the status” of Muslim minority in India, a report by the Congressional Research Service (CRS) has said. (READ FULL REPORT BELOW ↓)

The December 18 report also said that for the first time in independent India’s history, a religious criterion has been added to the country’s naturalization process.

Notably, the CRS is an independent research wing of the US Congress which prepares reports periodically on issues of domestic and global importance for the lawmakers to take informed decision. These are not considered as official reports of the US Congress. 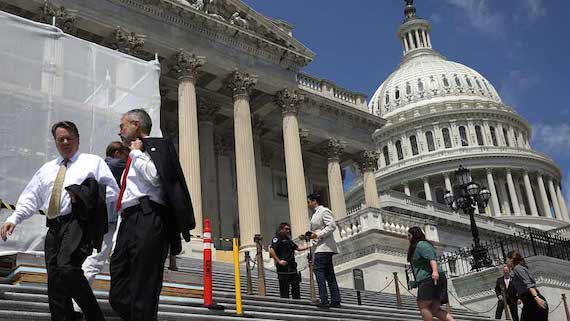 “In tandem with a National Register of Citizens (NRC) planned by the federal government, the CAA (Citizenship Amendment Act) may affect the status of India’s large Muslim minority of roughly 200 million,” said the CRS in its first ever report on the amended Citizenship law.

According to the Citizenship (Amendment) Act, persons belonging to Buddhists, Hindu, Christians, Parsi, Sikhs and Jain communities who came to India till December 31, 2014, to escape religious persecution in Pakistan, Bangladesh and Afghanistan will be given Indian citizenship. The list did not include Muslims.

“India’s Citizenship Act of 1955 prohibited illegal immigrants from becoming citizens. Among numerous amendments to the act since 1955, none contained a religious aspect,” the CRS said in its two-page document which is available on its website.

Opponents of the CAA warn that Prime Minister Narendra Modi and his Bharatiya Janata Party (BJP) are pursuing a Hindu majoritarian, anti-Muslim agenda that threatens India’s status as an officially secular republic and violates international human rights norms, it said.

The CRS claims that the amendment’s key provisions, allowing immigrants of six religions from three countries a path to citizenship while excluding Muslims, may violate certain Articles of the Indian Constitution, in particular Articles 14 and 15.

The Citizenship (Amendment) Act was immediately challenged in the Supreme Court by scores of petitioners, but the court has refused to issue a stay on implementation and is deferring hearing petitions until January 22, it notes, adding that the government argues that the three specified countries have a state religion, that is Islam, resulting in persecution of religious minorities.

“Proponents say that Muslims do not face persecution in Pakistan, Bangladesh, or Afghanistan, and that the CAA is constitutional because it addresses migrants rather than Indian citizens,” it said.

“Yet it is not clear why migrants from other neighbouring countries with state (or favoured) religions, such as Sri Lanka (where Buddhism is the official religion and Tamil Hindus face persecution) and Burma (where Buddhism enjoys primacy and Rohingya Muslims are persecuted), are excluded from a path to citizenship. In addition, oppressed Muslim minority communities such as Pakistan’s Ahmadis and Shias enjoy no protection under the CAA,” the CRS said.

“The New Delhi government maintains that the NRC update is a fair and non-discriminatory process driven by the Supreme Court that does not impose a religious test or render any persons ‘stateless’,” it said adding that the United Nations, the US Commission for International Religious Freedom, and independent human rights groups have expressed concerns about NRC.