Calgary (September 30, 2019): The World Sikh Organization of Canada welcomes the passing of a Resolution against Quebec’s Bill 21 by Calgary City Council. The Resolution states, “BE IT RESOLVED that Calgary City Council Oppose Quebec’s Bill 21 and continue to support building a welcoming city where everyone has access to opportunity and prosperity.” 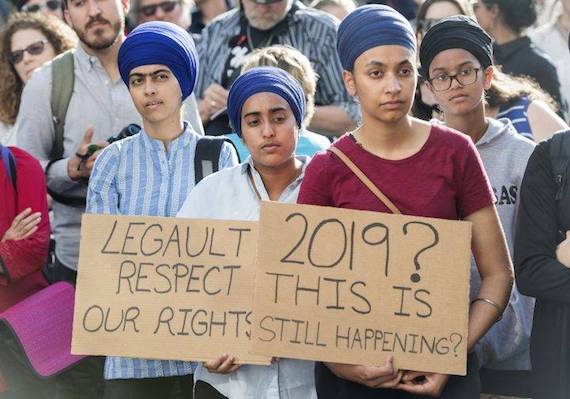 The Resolution also recognises that “the wearing of signs or clothing as a religious symbol is a fundamental right in the exercise of ‘freedom of thought, conscience and religion’” and that “forcing citizens to abandon certain cultural and religious practices will create an environment that fosters intolerance and inequity.”

Similar motions have been passed by City Councils in Brampton Ontario and Victoria, British Columbia.

WSO Vice President for Alberta Tejinder Singh said today, “we thank Calgary City Council for officially opposing Bill 21. The situation created by Quebec’s Bill 21 is a national crisis that threatens the human rights of not just minorities in Quebec but potentially individuals in other provinces as well. The example set by the Quebec Government is dangerous and relegates Sikhs, Muslims, Jews and others who wear religious clothing to second class citizenship. We hope that our political leaders across Canada will come together to clearly condemn this kind of divisive and discriminatory legislation. We’d like to thank Calgary City Councillor George Chahal for championing this cause and Calgary City Council as a whole for standing with us in solidarity at this very critical time.”