Chandigarh: Advocate Harvinder Singh Phoolka who is representing the victims of November 1984 Sikh genocide has on Wednesday alleged that the CBI is trying to protect Congress leader Jagdish Tytler. He said that the investigating agency has time and again failed to get the statements of the witnesses in the case against Tytler, recorded in front of Judicial Magistrate. 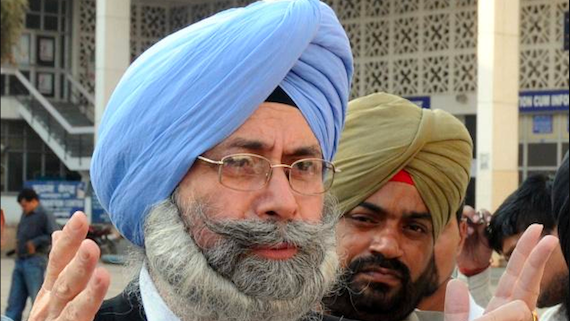 While sharing details about court proceeding with the media persons he said that ” the CBI has told the court that it will take another 2 months time to repair the lie detection machine, further the court has directed Abhishek Verma a witness in Sikh genocide case to ensure his presence on 24th January 2018 as he may be listed for the lie detector test at another facility in Delhi.”

Meanwhile, Adv H S Phoolka stressed upon getting the statements of two elderly witnesses recorded at the earliest in front of a magistrate, when the court asked the reason behind such delay to which the CBI replied that “its upon their (CBI’s) “own free will” they will get the statements of the witnesses whenever they (CBI) deem it necessary”. After hearing this the judge reprimanded the investigation agency and has asked for the explanation for such delay by 24th January 2018, he said.