Chandigarh: In yet another instance of Indian state’s policy of impunity towards State forces committing human rights abuses, the Government of India has reportedly decided to grant release to five Punjab police officials who were convicted for committing grave crimes in Punjab during 1980-90s period. As per a press release issued by Punjab CMO (Chief Minister’s Office), Chief Minister Amarinder Singh has welcomed the Centre’s decision to release five police personnel, serving sentence in various prisons of the state for human rights violations committed during the militancy period in Punjab.

“Thanking Union Home Minister Amit Shah for the decision, the Chief Minister hoped that the central government would also give due cognisance to favourably consider his plea to release other cops whose release he had sought last month”, the press release reads.

As per the release Punjab CM had sought release of 20 such police officials. He has urged the Centre to grant release to other 15 cops also. 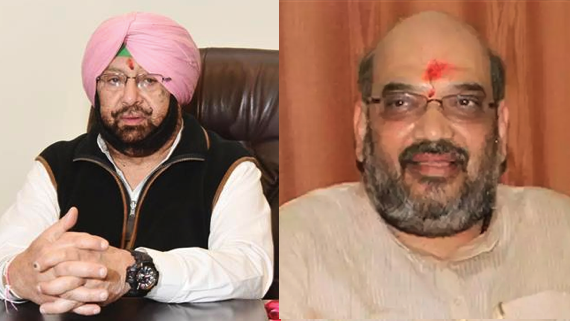 No information about these five or twenty police guilty officials is provided by the CMO. The reason for withholding the information could be that it could lead to opposition from human rights bodies and Sikh groups.

As per CMO press release, Amarinder Singh had favoured release of guilty cops saying that they had acted in the “interest of Punjab and the country”, “for the nation” and without “any personal vested interest”.

The CMO press release also makes mention of Centre’s release to grant premature release to  8 Sikh political prisoners and to convert death sentence of 1 to imprisonment for live. “The decision comes within days of the central government’s announcement on grant of special dispensation for nine Sikh prisoners in various prisons in the country”, reads the release.