New Delhi: While referring to the recent escalation along the Line of Actual Control (LAC), India has accused China for ‘disturbing’ peace and tranquility in the border areas.

India’s Ministry of External Affairs spokesperson Arindam Bagchi said on Thursday (June 24), “It is well recognized that it has been the Chinese actions over the last year, including amassing of a large number of troops close to border areas in the western sector and trying to unilaterally alter the status quo along the LAC, which have seriously disturbed peace and tranquility in the border areas.” 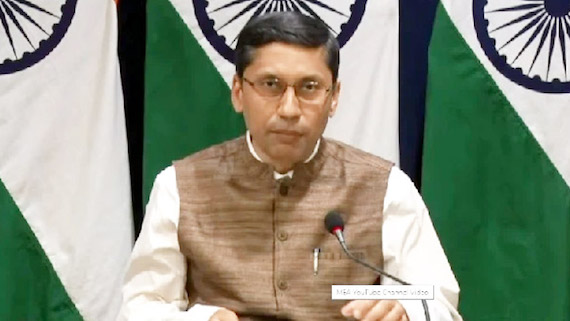 Bagchi further said,“These acts are in violation of our bilateral agreements, including the 1993 and 1996 agreements that mandate that the two sides shall strictly respect and observe the Line of Actual Control and that two sides will keep their military forces in the areas along the LAC to a minimum level.”

India’s comments on the border row came a day after Chinese foreign ministry spokesperson Zhao Lijian on Wednesday said its military deployment in the region is a normal defense arrangement aimed at “preventing and responding” to “encroachment and threat” on Chinese territory by “relevant country”.

The standoff began in the first week of May last year.

In February, Indian and Chinese troops disengaged on the north and south banks of Pangong Tso, and military sources said status quo ante had been achieved there.