Update — 17:19 HRS (Amritsar Time) — The Cabinet of Ministers, Government of Punjab, led by Chief Minister Amarinder Singh has decided to extend lockdown/curfew in the state till May 1, 2020.

Chandigarh: Even as he said that the State Cabinet later today would take the final decision on extension of lockdown, Punjab Chief Minister Captain Amarinder Singh on Friday indicated that his government was seriously thinking of extending the lockdown as the time did not appear to be right for lifting the restrictions.

However, he made it clear that since the lockdown could not be indefinite, the government was also looking for ways to extricate the state from the restrictions and enable it to function with the Coronavirus around.

A high-powered committee with several doctors, medical and other experts, was examining the situation and will soon submit its report on the lockdown exit strategy, said the Chief Minister. 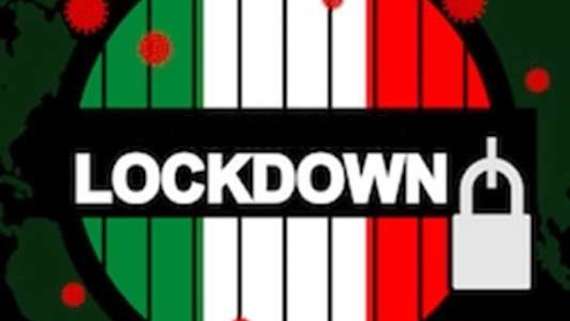 “Given the projections for India and the global trend of COVID-19, this is just the start of the war and the situation threatens to get worse over the next few months for India”, Punjab CM said, adding that “lifting the lockdown would not be easy for any state in the present situation”.

A written release issued by Punjab CM’s office (CMO) notes: [p]ointing out that most of the 27 positive cases reported on Thursday (the maximum daily increase for the state) were cases of secondary transmission, the Chief Minister described it as an indication of the state moving into the stage of community transmission. The situation could seriously worsen in the coming weeks, he added.

“The predictions are horrendous, but we are doing our best,” he said, adding that while currently the numbers were low in Punjab compared with most other states, it cannot remain isolated as the pandemic spreads further.

At a video conference with the media, hosted by the AICC from New Delhi, the Chief Minister said the projections by scientists and medical experts suggested that the pandemic would peak in India by July-August, and around 58% of Indians would get infected, with 87% of people likely to get affected in Punjab. In the circumstances, no government could afford to ease the restrictions, he said, asserting that “we have to check the spread of the infections.” The state’s preparations would be aligned to these projections, he added. 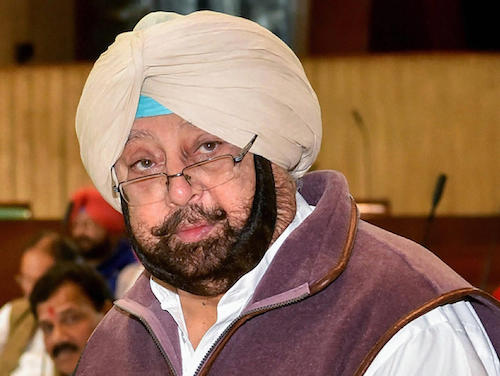 The Chief Minister rejected as absolutely insufficient the Rs 15000 crore announced yesterday by the Union Government for the nation’s health infrastructure, saying, “How can this be enough for the nearly 1.4 billion people of India?” No state has the resources needed to fight the battle without the help of the Central Government and they have to come forward to help the states, he said, adding that he will take up the issue of more funds to enable every state to fight the war.

The Chief Minister reiterated the state government’s demand for a special economic package to deal with the crisis, pointing out that the Centre had released part of Punjab’s pending GST arrears over the past few days but those would barely meet the normal needs of salaries etc. He stressed the need for the Centre to come forward with financial assistance for combatting the COVID-19 crisis, saying it was the responsibility of the Government of India as states had to ensure food, free rations, shelter etc for the poor people. Punjab was taking care of the basic needs of the lakhs of migrant labourers stuck here but even industry could not continue to pay them indefinitely without assistance, he added.

In response to a question, Captain Amarinder said his government was gearing up for every eventuality, and had planned for making arrangements in four phases – for 2000 patients, 10000 patients, 30000 patients and 1 lakh patients needing isolation and treatment. While ventilators, masks etc were sufficient for the present, more had been ordered and would start coming in the next few days, he added. On PPE kits, the Chief Minister said with two Ludhiana manufacturers getting approval for making such kits, the state would start getting 5000 of them a day from Monday and could provide the excess to other states, with directly or through the Government of India. As for medical staff, he said retired doctors had volunteered in large numbers and were on standby to help out.

With regard to testing, the Chief Minister admitted that the 2877 tests conducted so far were simply not enough, given Punjab’s population of 2.8 crore. Testing was constraint as only two hospitals in Punjab were given permission to test initially, along with PGI Chandigarh, but one more was now being added along with two private labs, he added. With 25000 Rapid Testing Kits also expected to arrive, mass testing in hotpots will also begin from Monday, he said. In the next few days, the health department would get more aggressive with testing and random testing will be done in areas of concentration, said Captain Amarinder.

Among the nearly 1.5 lakh NRIs and foreign returnees, the state had traced and quarantined the majority, said Captain Amarinder Singh, adding that the quarantine period was over in 33166 cases of foreign travel.

Replying to questions on the harvesting of wheat, scheduled to begin on April 15, the Chief Minister said the state was gearing up to handle another bumper harvest and would be going in for district wise and village wise marketing/procurement. The number of Mandis from 1800 to 3800 this year in view of the COVID-19 pandemic, he said, adding that apart from police and district officials, Guardians of Governance personnel would also man the Mandis, with NCC volunteers also likely to pitch in.