Amritsar: The Dal Khalsa and Akali Dal Panch Pardani would merge under single entity today at Chandigarh with an aim to infuse new life in the right to self-determination movement.

According to a joint statement the announcement was made after serious and long deliberations made by the joint committee constituted to forge unity between both the hardliner groups.

Notably, both the groups closed their ranks in September last year and resolved to merge under single entity. Top leaders of both the parties H S Dhami and Bhai Daljit Singh have vowed to carry on with their mission to attain independence. 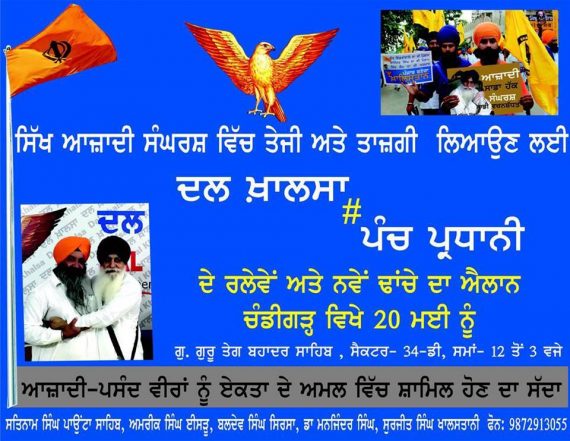 “The name of the organization, it’s president and other office bearers would be announced on “, said the press release issued after the meeting.

While stressing for unity of thought and action among the people to take the ongoing freedom struggle to its logical end, they said the unity of ranks today was of primary importance as enemies of Panth (external and internal) have posed danger to Sikh identity, principles and institutions.

A function to make the announcement will be held at Sector 34 Gurdwara Sahib today.