Amritsar: In the remembrance of hundreds of Sikh freedom fighters and pilgrims who attained martyrdom in the first week of June 84, the Dal Khalsa has resolved to undertake a “Genocide Remembrance March” on June 5 in Amritsar to mark the 36th anniversary of Indian army attack on Darbar Sahib codenamed “Operation Blue Star”.

Since last more than 12 years, the Dal Khalsa has been regularly observing this day by undertaking march on 5th and giving the call for Amritsar shutdown on June 6.

The meeting of party office bearers under the presidentship of Harpal Singh Cheema was convened to chalk out protest programme to observe Ghallughara week.

A press release (copy with SSN) says that Dal Khalsa leadership was of the view that forgetting assault on Sikh faith was not possible. They said that the great nations never forget the sacrifices of martyrs and they do everything to preserve their history for the future generations. 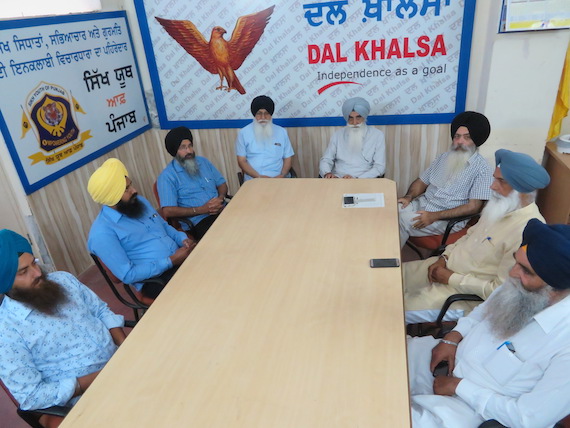 At a press conference party spokesperson Kanwar Pal Singh said that the pain of the deadly attack was fresh and the wounds of the attack still simmer.

He, however, said the meeting took stock of the ground situation in the wake of deadly corona virus outbreak and the people reeling under curfew/lockdown since March 24.

We are aware that the cases are rising and the risk is alive. Taking precautionary measures and adhering to WHO and Pb Govt guidelines, the strength in the march would be minimized and physical distancing norm would be strictly maintained, he declared. 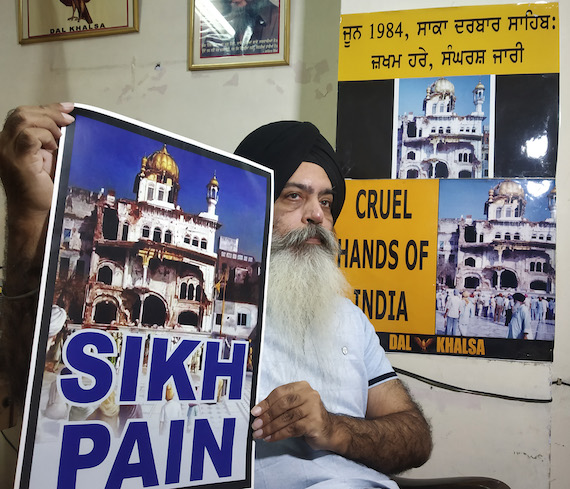 On the call for the Amritsar bandh, the Dal Khalsa leader said the final decision would be taken on June 1 after taking the lockdown 5.0 guidelines if any into account.

The meet denounced the Modi government for abusing the lockdown and criminalizing the dissent and protest. “While the people were asked to stay home, the Delhi police on the instructions of Home Minister Amit Shah has unleashed crackdown on anti-CAA activists and falsely framed many students of Jamia and JNU in a case related to Delhi communal violence in Feb.  Dal Khalsa leader alleged that the state has become revengeful.The Delhi pogrom of 2020 was state-sponsored: the purpose was to prevent the scaling up of the anti-Citizenship (Amendment) Act protests and to take revenge of Delhi poll defeat.

Sikh Youth of Punjab (SYP) president Paramjit Singh Mand demanded the release of all anti-CAA protesters arrested during lockdown including a pregnant lady Safoora Zargar and women activists of ‘PinjraTod’ Devangana and Natasha.