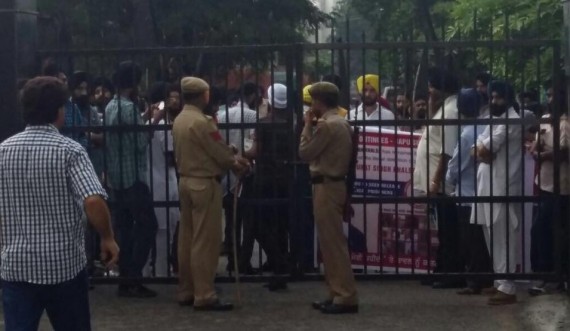 As per information the talks were held at Civil Lines Ludhiana but it failed to yield any results as the police was pressing on only one point that the Sangharsh Committee members should convince Bapu Surat Singh to end his fast.

“Police had no solution to offer. They tired to press committee members to offer juice to Bapu Surat Singh and bring his hunger strike to an end”, sources close to Sangharsh Committee told SSN.

“On the issue Sikh political prisoners, the police said that it was a lengthily process and it will take time”, they added.

After the talks failed to yield any results, the Punjab police sent members of Sangharsh Committee back to jails. “Dr. Manjinder Singh Jandi was able to escape his arrest during police raids on intervening night of July 18 and 19, so except him all other Sangharsh Committee members who took part in today’s meeting were resent to jails” sources close to Sangharsh Committee told SSN.