Disha Ravi Breaks Down in Court; Says She Only Edited two Lines in Farmers Protest Toolkit

Arrested from Bengaluru yesterday, Disha Ravi was today presented before a court in Delhi. As per media reports, Disha Ravi broke down in court saying that she had edited only two lines in an open and online document related to Farmers Protest. 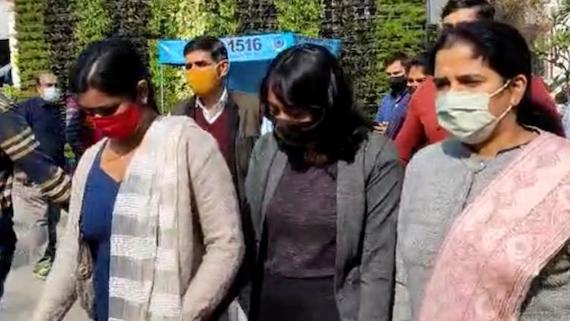 “I did not make a Toolkit. We wanted to support the farmers. I edited two lines on February 3,” Disha Ravi told the Delhi court where she was produced earlier today.

FIR Against Creators of Toolkit:

The Delhi police had registered an FIR under sections 124A (Sedition), 153B (promoting enmity between various groups) and 120B (criminal conspiracy) of IPC after internationally renowned environmental activist Greta Thunberg had tweeted a link of an online document containing information related to farmers protests in India.

Despite clear directions of Supreme Court of India that all FIRs should be uploaded online within 24 hours of their registration, the Delhi police have not uploaded copies of FIRs registered in relation to Farmers Protests.

FIR related to Farmers Protest Toolkit is also not uploaded online yet.

Police are alleging that the “Toolkit” was a “Khalistani conspiracy” against India.

Police have accused Disha Ravi of being a key conspirator in the document’s formulation and dissemination and alleged that she is trying to revive a Khalistani group.

What is this ‘Toolkit’?

Failure of BJP’s IT Cell in Farmers Protests:

It is notable that farmers protest is the first effective stance when all attempts of BJP’s IT cell to spread disinformation against farmers protests and influence online narrative have fallen flat.