Chandigarh: Aam Aadmi Party on Thursday suggested Punjab Education Minister Dr. Daljeet Singh Cheema to focus on improving infrastructure of Schools and filling up the teachers’ vacant posts in government schools rather than summoning teachers and blaming them for the poor result of government schools in Punjab.

In a press statement, AAP senior leader and Member of Parliament from Faridkot, Prof Sadhu Singh and Women Wing President, Prof Baljinder Kaur Said that poor infrastructure of schools, unnecessary burden on teachers and lack of teachers in schools are the reasons behind the poor show by government school students in Punjab. 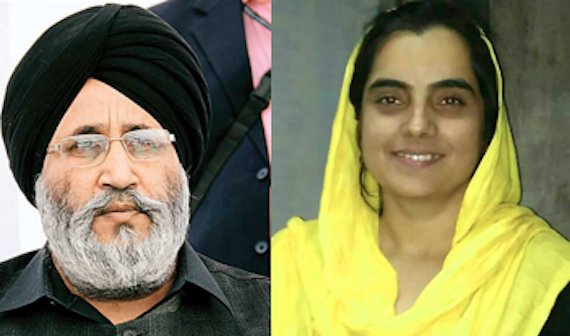 The leaders said that rather than summoning the teachers to him and seeking explanation, the minister should send them to the educational institutions abroad to get advance training about teaching. They said that Punjab government must learn from Arvind Kejriwal led Delhi government that has sent the teachers of government schools abroad to learn new techniques in teaching.

Prof Sadhu Singh recommended Cheema to shed the unnecessary burden imposed on government school teachers by the Badal Government. “From enrolling new voters to aware people about government schemes, teacher do all the work assigned unnecessarily to them. How can you expect better results when teachers don’t even get time to teach the students?” asked

Prof Baljinder Kaur said that around 30,000 posts in government schools are lying vacant because of governments’ insincerity towards providing quality education to the students in the state. She said that the Teacher-Student ratio in government schools must be evaluated to give better education to the children.
Prof Baljinder Kaur also criticized government for harassing the well qualified youth by giving them jobs on contract basis and paying minimum wages for 3 years. She asked Cheema to implement AAP led Delhi government model and abolish contract system in education department recruitments.

Prof Sadhu Singh said that after the formation of government in Punjab, AAP will fill up the vacant posts of teachers in government schools at earliest. He said that no other duty rather than teaching will be given to the government teachers.